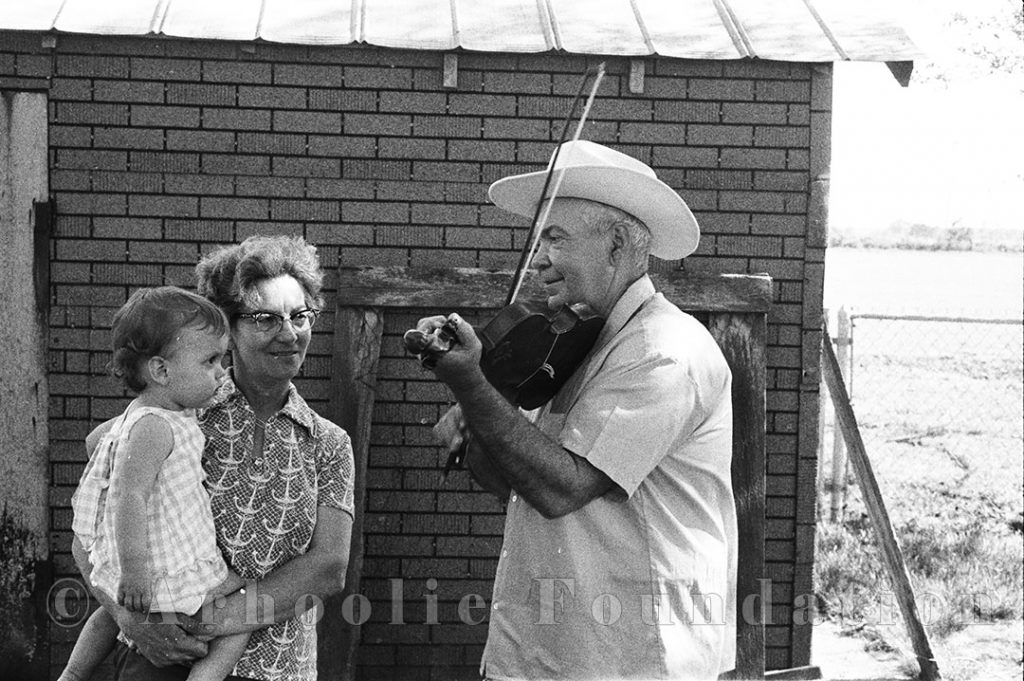 You probably won’t see Cheese Read at the local dance halls around Eunice because he is not a professional musician. He prefers to play music at home or at parties with a few friends. But a more powerful singer or a more precise, knowledgeable fiddle player couldn’t be found in Southwest Louisiana. Wallace “Cheese” Read was born in Eunice, La., on August 12, 1924, a very pure era in the history of Cajun music due to the people’s isolation from the outer world. There were mostly fiddles in the area (accordions became popular somewhat later) and the tunes were still those remembered by the French, Irish, German and Spanish descendants living around Eunice.

As a teenager in the 1930s Cheese and his father went to black dances on many occasions and it was here that Cheese realized that he really wanted to express himself through music. He heard jazz, blues, and French music played on fiddles and washboards.

It didn’t take Cheese long to figure out that he had music in his soul, and at the age of twelve he began playing harmonica. Not long thereafter he got a fiddle which he figured out how to tune himself. He formed his first band when he was fifteen years old. The young band consisted of himself on fiddle, a banjo player, and a guitarist.

Some interviews contain potentially offensive language, including obscenities and ethnic or racial slurs. In the interest of making this interview fully available to scholars, we have chosen not to censor this material.