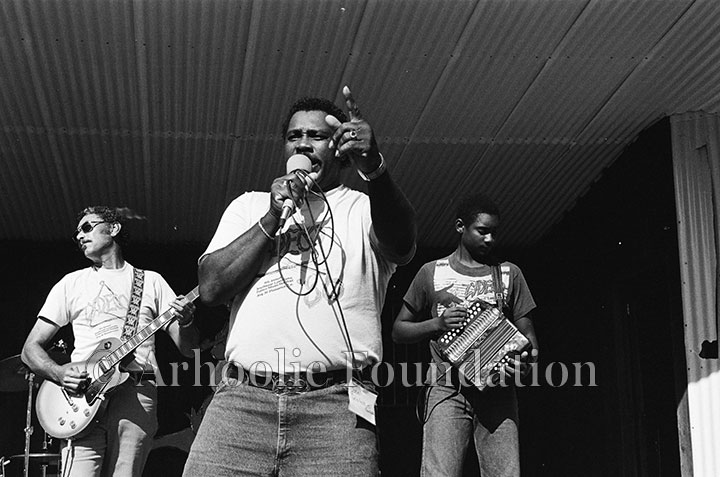 John Delafose and his band, the Eunice Playboys, represent both a return to old time zydeco as well as a unique modern sound. He plays the old time button accordion in a staccato style that emphasizes syncopated rhythm over melody; at the same time he plays the more melodic modern soul/blues sound often on the piano accordion. As to the meaning of the term ‘zydeco,’ Delafose comments: “It’s the old traditional music. We call it ‘zydeco’ when we add a rocking beat to just plain Cajun music.”

John Delafose was born in Duralde, near Eunice, in 1939. The community was founded in the 1930’s in part by Cyprian Ceazer, a free man of color and a maternal ancestor of John Delafose. Today the surrounding area is famous for its Cajun and Creole musicians alike: Dewey Balfa, Nathan Abshire, Cheese Read, Bois Sec Ardoin, Amadie [Amédé] Ardoin, Canray Fontenot and Wilfred Latour among others. Delafose recalls making guitars and violins as a boy with window screen wire stretched taut over a board and cigar box.

Delafose, who came from a sharecropping family of five, farmed until about twenty years ago. He raised cotton, corn, rice and sweet potatoes. As small farmers gave way to what are locally called the gros chiens (big dogs) of agribusiness, john switched over to repairing electric fans, a needed occupation in torridly tropical south Louisiana. He also began to make hot music on harmonica and accordion with a variety of pickup bands. He met the Prudhomme brothers, Charles and ” Slim;’ his current guitar and bass players, in nearby Kinder and they formed a stead y band about six years ago. This later came to include his teenaged sons, seventeen-year-old John “T.T.” and Tony Delafose, eighteen, on frottoir (rubboard) and drums respectively.

Today John Delafose and the Eunice Playboys are one of the most popular bands on the Louisiana/Texas Gulf Coast from Slim’s Y-Ki-Ki Club in rural Opelousas to church dances in urban Houston. 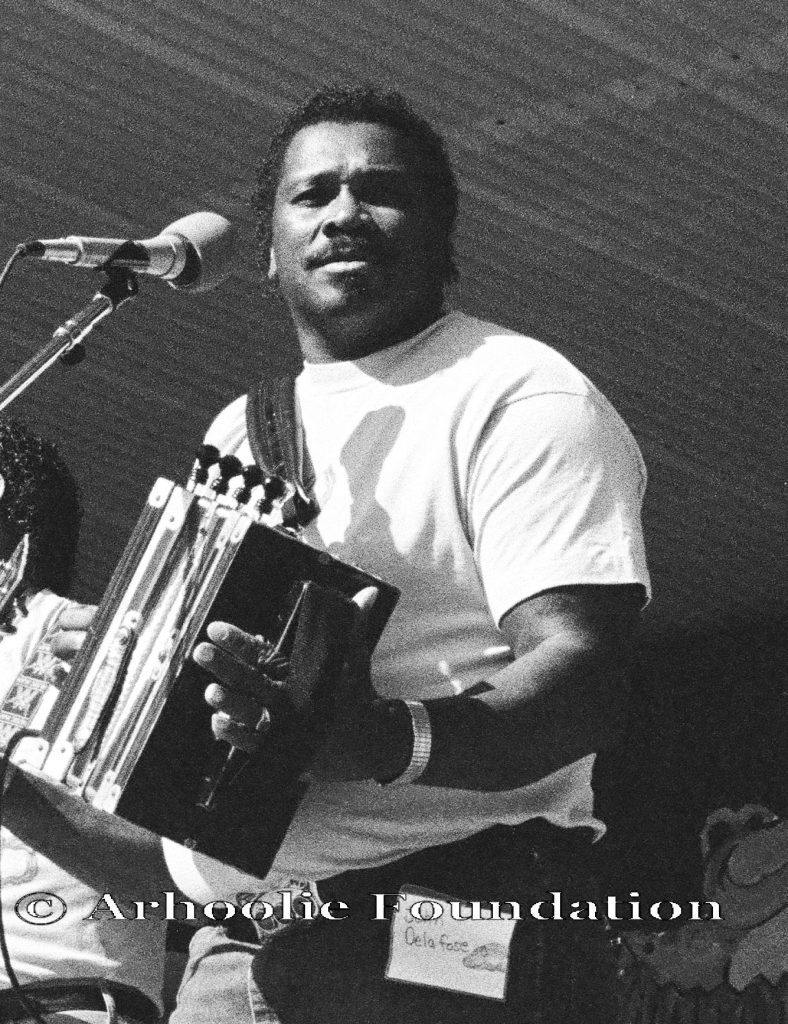