Isidro López, “El Indio,” was born in Bishop, Texas, in 1933. He began playing tenor saxophone when he entered Miller High School in nearby Corpus Christi, an instrument he also played during the one year he attended A & I College in Kingsville. Although he learned auto mechanics from his mechanic father, Isidro was drawn to music early—he learned a little guitar when he was eleven—and so he began playing professionally by the time he was in high school. In the ensuing years López played with the well-known tejano orquestas of Juan Colorado, Balde González, and Eugenio Gutiérrez.

In 1955, López decided to leave the Juan Colorado orquesta and form his own. He had already recorded a vocal with the Colorado orquesta, for Ideal Records, when he was obliged to fill in for the missing singer of that orquesta. Thus, when he started his band, Ideal quickly added it to its roster of recording artists.

Expanding the orquesta tejana style by incorporating the canción ranchera in polka tempo, López, now his own band’s featured singer, quickly became an acclaimed figure in tejano music. “El Indio” had many hit recordings, but perhaps his most famous was a polca ranchera, “Ando sufriendo y penando,” which adumbrated the bimusical style of successors like Little Joe y la Familia.

López and his orquesta toured throughout the Southwest and beyond for many years. But, as happened with orquestas across the Southwest generally, López’ popularity declined, and, although he recorded sporadically during the 1980s and beyond, he was never able to recapture the glory of the 1950s, ‘60s and ‘70s. 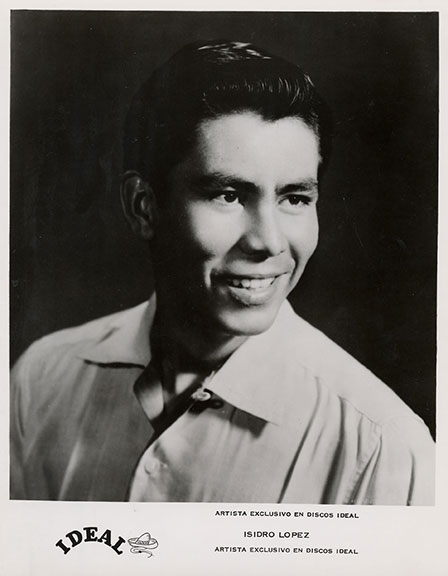