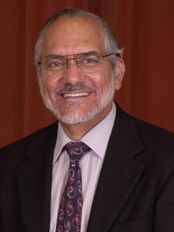 The late Dr. Manuel Peña (1942 – 2019), the compiler of this list of musician biographies and the recordings that accompany the list, was born in Weslaco, Texas, in 1942.  As a child, Peña experienced the farm-worker life in Texas.  Along with his family, he followed the migrant cotton trail that started in South Texas and wound its way toward the Brazos Valley in east-central Texas, eventually winding up in the vast cotton fields in the Lubbock area of West Texas.

For the first eight years of his schooling, Peña received a sporadic education, usually attending classes no more than six months, due to the migrancy of his family.  It wasn’t until his freshman year that the family settled more or less permanently in his hometown of Weslaco, giving him the opportunity to receive an uninterrupted education.  It was also during this time that Peña began to take his interest in music more seriously.  He learned to play guitar froa well-known neighbor and orquesta leader, Eugenio Gutiérrez, with whose orquesta (dance band) he later played, and he learned the trombone in the high school band.

Despite the poverty that surrounded him, Peña graduated from high school and, at the urging of some his more affluent friends, he decided to attend college.  After spending a year at Pan American College in Edinburg, Texas, Peña made his way to California, where he went on to get a bachelor’s and master’s degrees at Fresno State University.  While studying for his Master’s in English Literature, Peña became interested in the folk ballads known as corridos, which were still sung when he was growing up in Texas.  Prodded by his peers in the La Raza Studies Program at Fresno State (where was had been hired as a lecturer), he contacted his future mentor at the University of Texas, Professor Américo Paredes, hoping he could study with this famous scholar of corridos and other forms of Mexican American folklore.

Peña eventually earned his Ph.D. in Anthropology and Ethnomusicology at the University of Texas, where he not only studied corridos and other types of folklore, but became interested in two other types of music that had been familiar to him as he was growing into adulthood—the orquesta tejana, whose music he had played with his guitar teacher Eugenio Gutiérrez, and the Texas-Mexican accordion-based conjunto, which, as everyone knew, was the music of the farm workers.  Peña chose to study the latter for his dissertation, and he went on to publish his work on that music, titled, The Texas-Mexican Conjunto.  Eventually, Peña also wrote a book on the orquestas of his youth, The Mexican American Orquesta.  Yet later, he wrote Música Tejana, a more general history of Texas-Mexican music.

In his research Manuel Peña conducted many interviews with musicians and others involved in the Tejano music industry. The interviews on this website were originally recorded for research purposes only, and are presented here in their raw state, unedited except to remove some irrelevant sections and blank spaces. They were often recorded in conditions adverse to obtaining  good audio quality and often using very basic recording equipment. All rights to the interviews are reserved by Manuel Peña. Please do not use anything from this website without permission. info@arhoolie.com