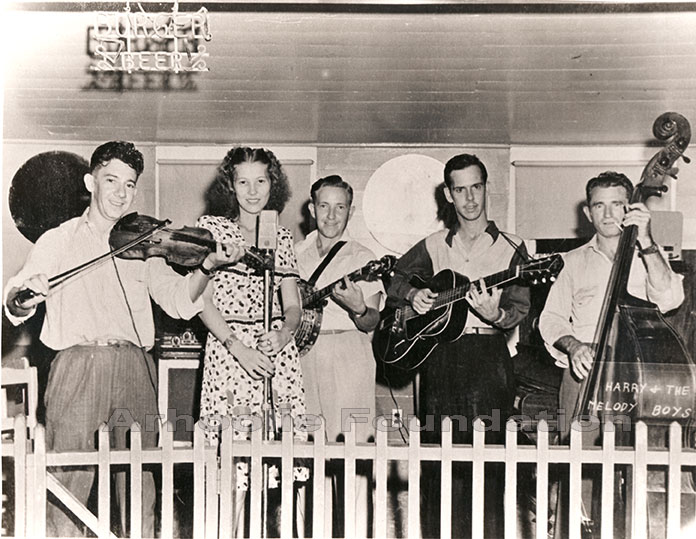 Harry Choates was a complete musician and entertainer. All of his life he ate, drank, and slept music. It is sometimes difficult to unravel the facts and myths surrounding the life and times of the man who immortalized Jole Blon, a song many Cajuns claim as their national anthem. Harry was born in Rayne, La., on December 26, 1922. He had no formal education o r musical training and he spoke English with a heavy Cajun accent. Harry learned to play tl1e fiddle, guitar, steel guitar, and “an Abbeville air compressor,” as he called it, or as non-Cajuns would call it – an accordion. Harry Choates never owned a musical instrument. The fiddle music he made famous was played on a borrowed fiddle tl1at he never returned.

Harry began to receive fan mail, none of which he ever answered. He had a naive innocence about himself and said he was only interested in making people happy. According to his daughter Linda Choates Cable, “My daddy just loved people with an almost childlike trust,” and several people told the story that in order to get Harry to come back to the studio to record more tunes, Bill Quinn had to promise him a studio full of people who would be there just to enjoy his music. With Jole Blon a hit (he sold the rights to the recording for $50 and a fifth of whiskey, which actually was pretty generous by 1946 standards), Harry recorded other popular French songs such as Allons A Lafayette, Big Mamou and Poor Hobo along with fiddle and swing specialties. His music was directed at the dancing audience, it had good rhythm and was just right. Harry even danced as he played fiddle. 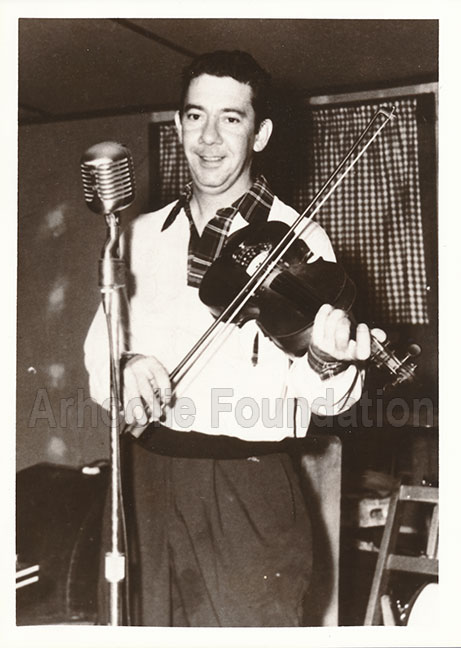 To learn more about Harry Choates, listen to his interview in the Ann Savoy Collection

Thanks to Wade Falcon with his help identifying the people and places in the photographs below.