Arhoolie Records always worked to give voice to the musicians. In addition to releasing hundreds of records, hours of interviews with musicians and others were recorded that help tell the backstory of communities, great songs and individual performers. This week’s Deep Dive will feature interviews covering the blues, Cajun, Mexican American folk music, and the Sacred Steel tradition. Join us as we open the archives and share these stories.

Take a deeper dive with the Arhoolie Foundation Collection by
signing up for the our newsletter. 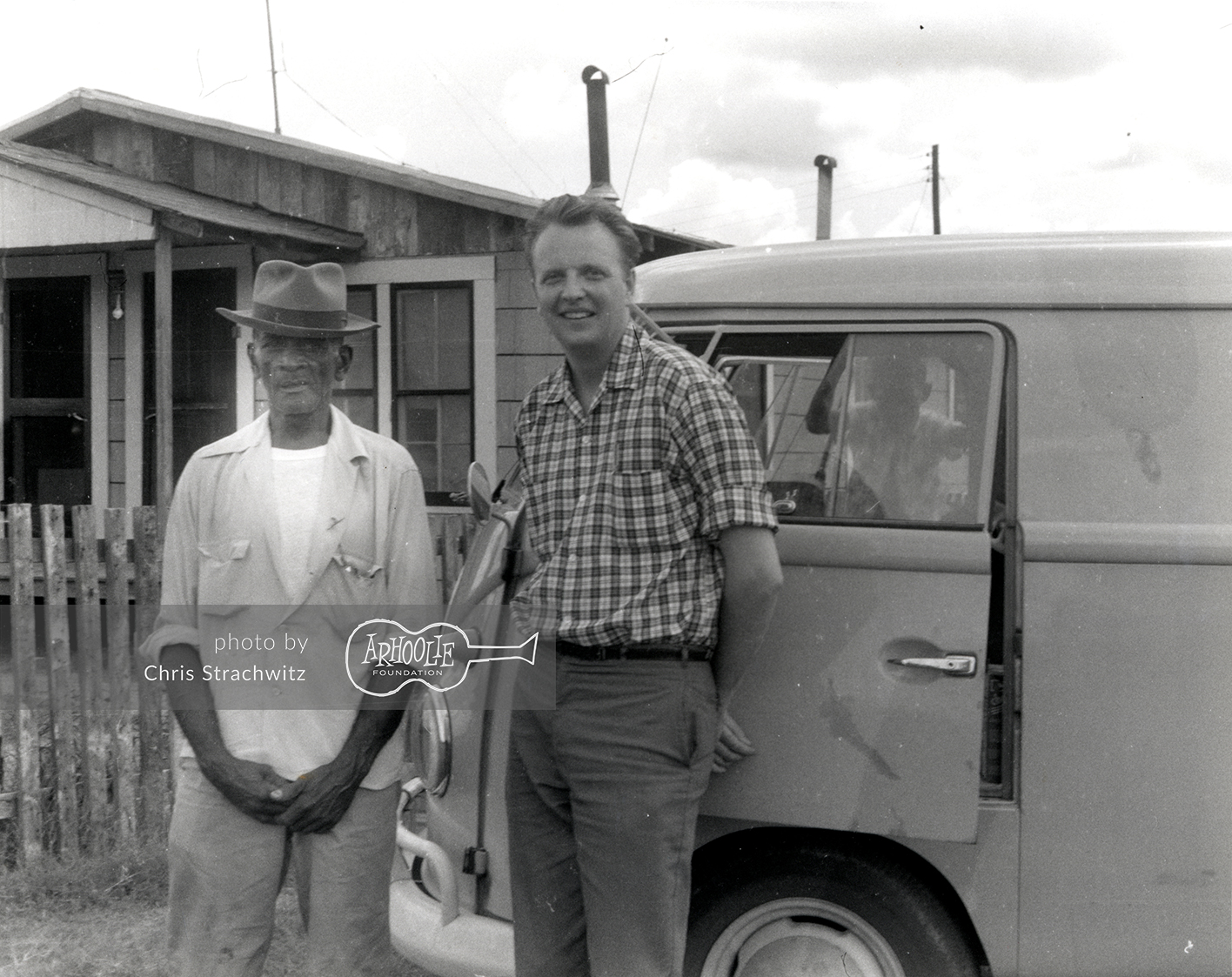 The recording career of musician Mance Lipscomb and Arhoolie Records started at the same time in 1960 with the release of “Texas Songster” by Mance recorded by Chris Strachwitz. Chris worked with Mance till the end of his life releasing records, shepherding him to folk festivals and enjoying his wit and intelligence. Here Chris reflects on what made Mance such a great songster. 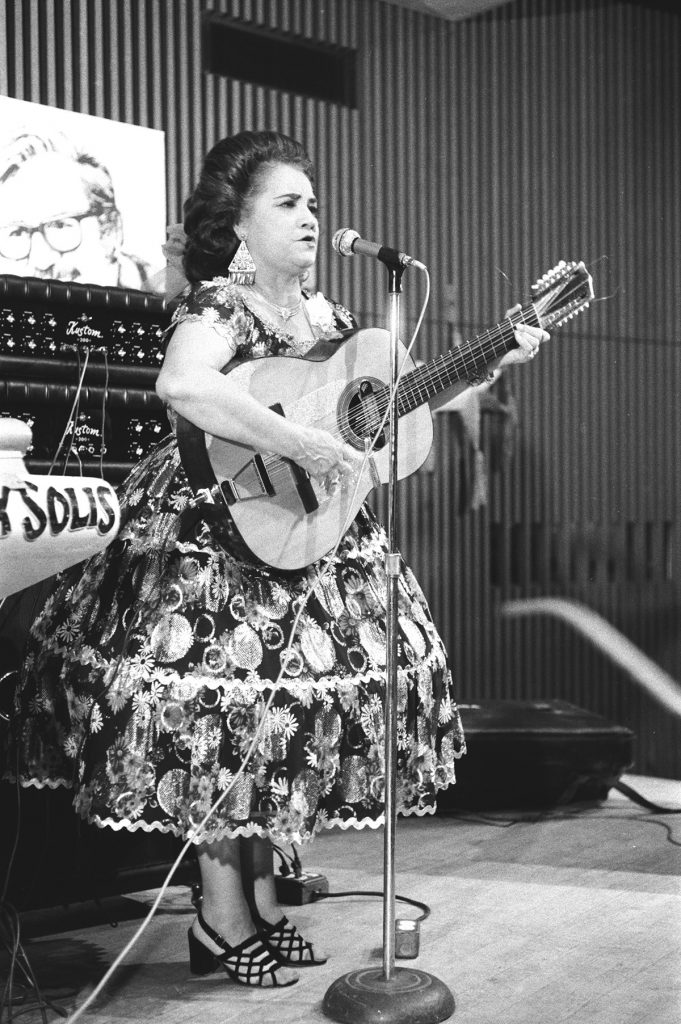 Lydia Mendoza was the first Queen of Tejano Music, with a recording career that began in 1928 and lasted more than 60 years. Known as “La Alondra de la Frontera” (the Lark of the Border), Lydia was revered as a voice of the working class and a masterful interpreter of songs. Her story of rising from singing on the streets of San Antonio to becoming a musical icon tracks with the history of the growth of the recording and touring history of American performers. Her manager Ramon Cortés didn’t realize how popular she was outside the U.S. until he reluctantly took a call from Chihuahua, Mexico for Lydia to play there for the sum of $5,000 for two shows. He realized the error of his thinking when he got there and witnessed the incredible reception Lydia received from the city. 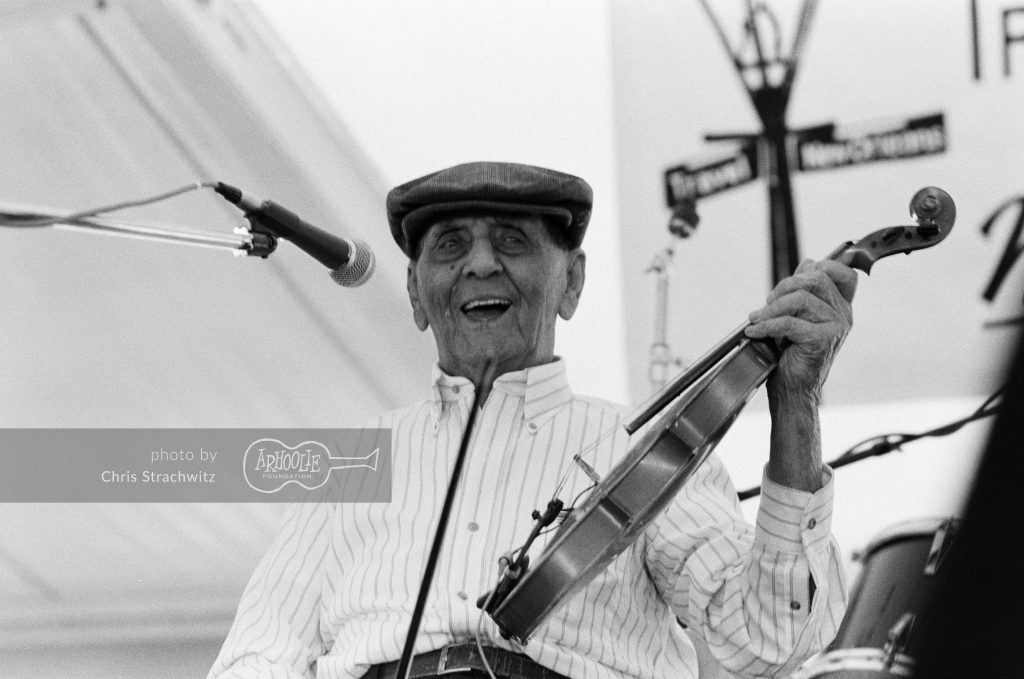 Dennis McGee was one of the great Cajun fiddle players and singers who began his recording career in 1927 and played with black Creole accordion player and singer Amédé Ardoin, accordionist Angelas LeJeune, and with fiddlers Sady Courville (McGee’s brother-in-law), Ernest Frugé and later with Michael Doucet.  Here he sits for a short interview in both English and Cajun French and speaks candidly with Chris Strachwitz about Cajun music, his relationship with Amédé Ardoin, and his early days as a musician. Michael Doucet is there as well to help translate and question the great fiddler.  Dennis shares how six months after picking up a violin for the first time, he was playing for the whole neighborhood.

We want to share more videos, photos, interviews and music with you.
Help us by donating to the Arhoolie Foundation.

Donate to the Arhoolie Foundation 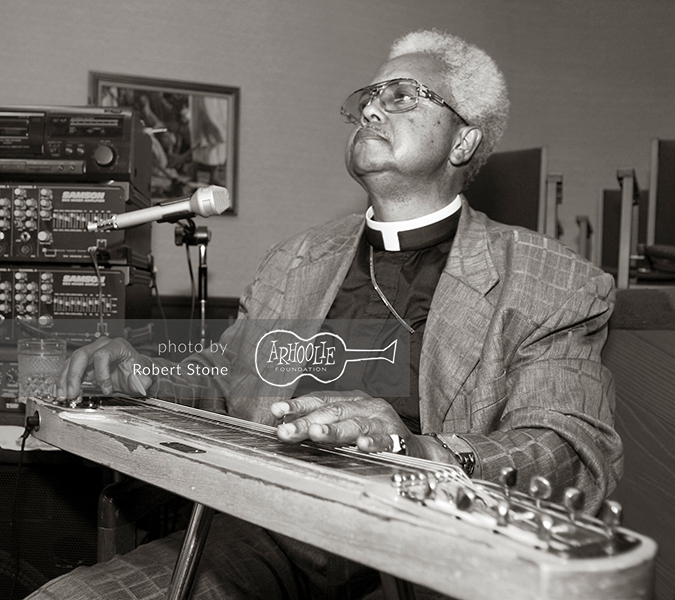 Bob Stone interviewed the major players of the Sacred Steel tradition for his two books. Here he talks with Bishop Ron Hall who played a significant role in the formative years of several Detroit, Michigan steel guitarists and contributed to establishing the presence of the steel guitar at the House of God, Keith Dominion annual General Assembly in Nashville, Tennessee.  Bishop Lorenzo Harrison impressed teenage Ron with the clear, singing tone on his Fender steel guitar.  Unable to persuade his father to buy him a Fender, Ron fashioned his own eight-string lap-steel, with redwood he picked up in California, pickups from an abandoned steel guitar and a few pieces from a local Ford automotive plant like Johnny Cash sang about in “One Piece at a Time”.

To see more rare pictures and videos from the Arhoolie Foundation Collection,
sign up for our newsletter.