The Arhoolie Awards honor musicians, organizations, and individuals who carry on and uplift tradition-based music. Recipients are nominated by experts in the field and selected because of the extraordinary work they do to keep diverse roots and regional music thriving.

Meet the recipients of the third annual Arhoolie Awards: 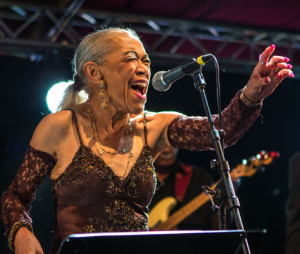 Sugar Pie DeSanto was performing at a 1954 talent show in San Francisco when bandleader Johnny Otis noticed her, invited her to join his revue, and gave her the name Sugar Pie. Her first big hit, “I Want to Know,” recorded by legendary Oakland producer Bob Geddins, rose to #3 on the 1959 Billboard charts and landed Sugar Pie a deal with Chess Records. Throughout the sixties she toured widely, including with James Brown, played the Apollo twenty times, recorded two duets with Etta James, and travelled to Europe as the only woman on an American Folk Blues Festival tour with Lightning Hopkins, Willie Dixon, and other giants. A prolific songwriter, Sugar Pie has penned over one-hundred compositions recorded by herself and others. Today, more than sixty years into her remarkable career, she’s still making records and music. Her latest album, Sugar’s Suite, is available on Jasman Records. 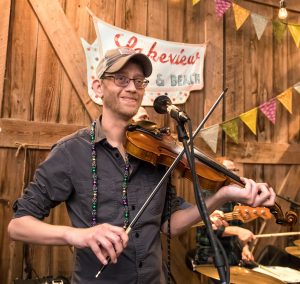 “Some people learned to sing in church,” says Louisiana musician Courtney Granger. “I learned to sing in bars.”  A powerful country singer and master Cajun fiddler in the Balfa family tradition, Granger made his recording debut at age 16 on Rounder Records with Un Bal Chez Balfa. His 2016 solo record on the Valcour label, Beneath Still Waters, emphasized his country side. As a member of the Pine Leaf Boys, he has helped take Cajun music out to the world on State Department tours to Russia, the Middle East, and Macau. For his role in keeping traditional Cajun fiddling alive, and for the strength of his country singing, we present Courtney Granger with this 2020 Arhoolie Award.

The Roots of Music 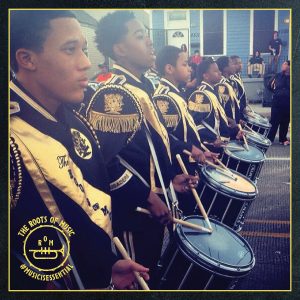 As the floodwaters of Hurricane Katrina receded, with schools closed or more limited, homes washed away, loss of life and violence on the rise, many kids of New Orleans had no safe place to go. Derrick Tabb, snare drummer for Rebirth Brass Band, saw that school band programs were no longer funded, and decided to do something about it: he created The Roots of Music, a citywide band program. 100 kids showed up the first night. He got them fed, provided a safe place to play, and before long was teaching them how to play in a New Oreleans brass band, to perform in second lines and Mardi Gras parades. Today we congratulate The Roots of Music and its many hundreds of students later on their incredible work and play. 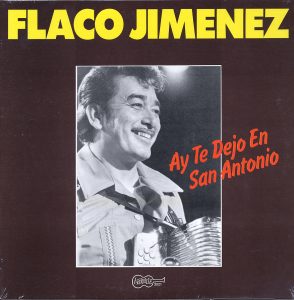 Leonardo “Flaco” Jiménez, master of the conjunto accordion, was born in 1939 in his beloved San Antonio, Texas. One of eight children born to accordion legend Don Santiago Jiménez and Luisa Jiménez, he has recorded for over fffty years both solo and with other legendary artists including The Rolling Stones, Los Super Seven, Dwight Yoakam, Ry Cooder, Linda Ronstadt, the Mavericks, and Los Lobos. Jiménez won a Grammy award in 1986 for his Arhoolie Records album Ay Te Dejo en San Antonio, in 1990 with the Texas Tornadoes, and again in 1996 for his album Flaco Jiménez. He received the National Heritage Fellowship awarded by the National Endowment of the Arts in 2012, and a Grammy Lifetime Achievement Award in 2015.

About the Arhoolie Awards

The Arhoolie Awards are neither applied for nor sought. Nominations are made by board members, friends, and experts in our field. Winners are chosen by the Arhoolie Foundation board of directors. Recipients receive $10,000 with no obligations: this award is simply meant to encourage, support, and shine a light on extraordinary people and organizations, and to help them continue doing what they do.