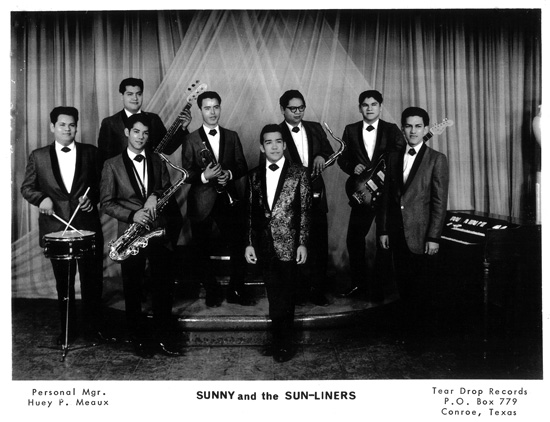 Little Joe’s fiercest rival in the Onda Chicana field, Ildefonso, or “Sunny,” Ozuna, was born in a west side barrio of San Antonio, Texas, in 1943.  He rocketed to national fame in 1963, with his top-forty recording of a song titled, “Talk to Me,” a feat that made him the only artist in the orquesta tradition to achieve such fame.  But that success was short-lived, as Sunny was not destined to reign for long in that limelight.

By 1966, after a couple of less successful forays into the top forty market, he had more or less committed himself and his orquesta, “Sunny and the Sunliners,” to the tejano market and its public-dance circuit.  Always laboring in the shadow of his chief rival in La Onda Chicana, Little Joe, Sunny nonetheless produced multi-styled music of singular importance throughout the sixties and seventies.

LPs such as “Los enamorados” and “Grande, Grande, Grande” demonstrated that Sunny, too, was capable of responding to young Chicanos’ demand for a bimusical repertoire that would reflect their own existence on the border between two distinct cultural worlds. Like Little Joe, Sunny became an icon of música tejana, and he became part of a troop of musicians who toured the Southwest as “oldies-but-goodies” well into the 2000s. 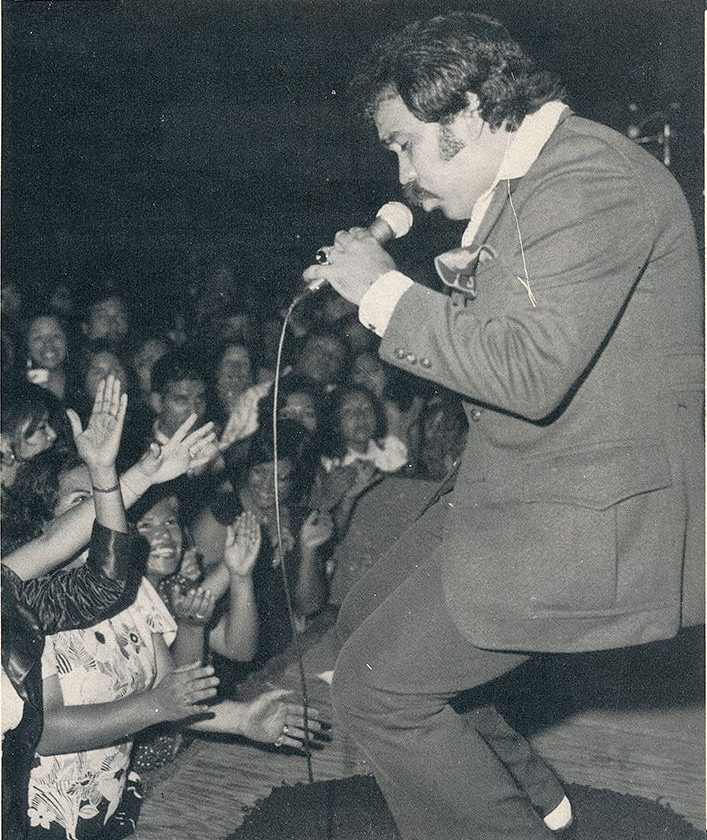 The interviews by Manuel Peña presented on this website were originally recorded for research purposes only, and are presented here in their raw state, unedited except to remove some irrelevant sections and blank spaces. They were often recorded in conditions adverse to obtaining good audio quality and often using very basic recording equipment. All rights to the interviews are reserved by Manuel Peña. Please do not use anything from this website without permission. info@arhoolie.org