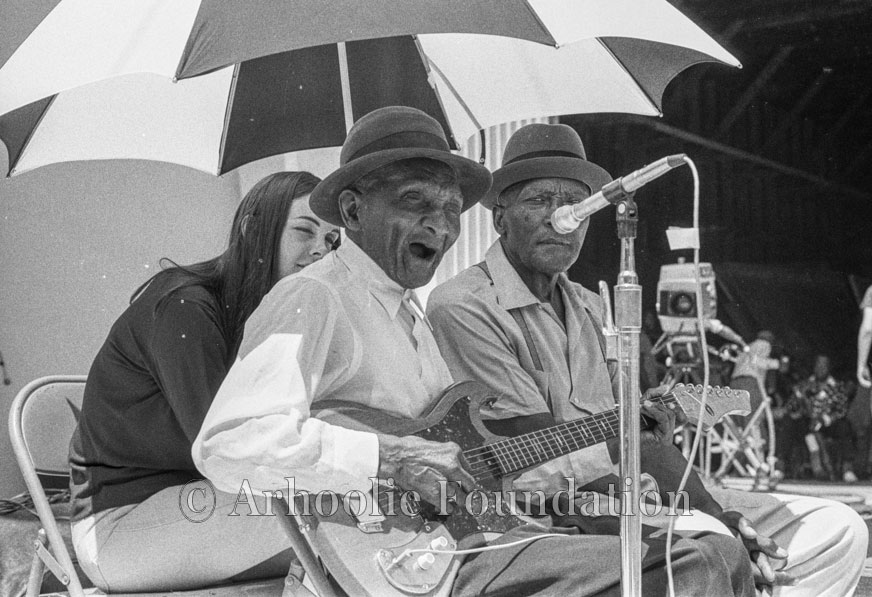 Singer-guitarist Nathan Beauregard is one of the most interesting of the newly discovered veteran performers of blues and Negro folksong. The vigor and charm of his playing belie his advanced age (though he does not know his birthdate, he claims to be more than 100 years old!) and provide occasional glimpses of some of the oldest styles of music from the Deep South. He was born in Ashland, Miss., and first took up five-string banjo sometime in the late 19th century at a time when this instrument apparently was as widely used in southern Negro music as the guitar was later to become. Beauregard recalls having encountered several other Mississippi banjoists around the turn of the century, among them George Scott and John Scruggs (now there’s a name to conjure with). At this time he was not playing blues; the bulk of his performing was confined to back-country dances and parties, for which he would play various pieces for buck-dancing. He took up guitar – and with it, blues – shortly after. The first piece he remembers learning to play on this instrument was ” Come On, Rachel, Go with Me; a variant of the more widely known southern blues “Honey Babe, It Ain’t No Lie:’ Blind since the age of one, Beauregard has played music intermittently over the years, primarily for his friends and neighbors in Holly Springs, the area near Como (where Fred McDowell and Napoleon Strickland make their home; like Fred, Beau- regard too knew and learned from guitarist Raymond Payne) and Memphis, where he met and worked with Frank Stokes, one of the city’s best known and most popular blues performers. The blues have comprised the major portion of his repertoire since his concentration on guitar and, though he has forgotten much of the original musical settings of the old songs, he has retained a strong memory of their lyrics, which he draws upon for the substance of his performances today. While he asserts that he has never had a record player, the influence of recordings is obvious in several songs, though he follows the usual practice of mixing aural and traditional sources in his own music. On his performances here he is sensitively seconded by guitarist Mike Stewart. 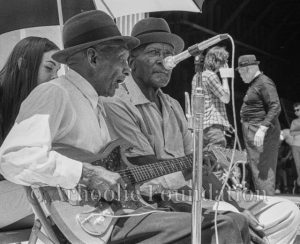