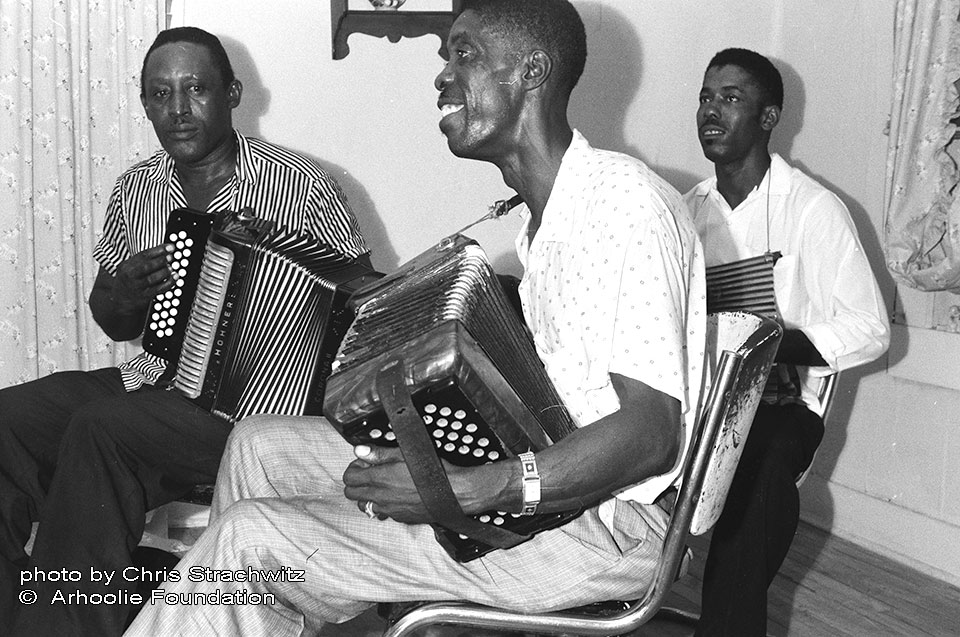 Albert Chevalier was born March 20, 1909 in Lafayette, LA. His father played accordion often accompanied by someone beating on a piece of tin, someone scraping a broom handle on the wooden plank floor, and accompanied by fiddle and triangle. Mr. Chevalier left Louisiana in 1943 for Port Arthur, TX. When he came to Houston in 1952 people made fu n of him and his music when he auditioned at Johnson’s Lounge-which at the time featured an orchestra and a floor show. By the early 1960s however, as more and more people from the Louisiana countryside moved to town, Zydeco music became so popular that Johnson’s (which today is the Continental Ballroom), became a full-time showcase for Zydeco. Lonnie Mitchell was hired as the regular performer because, according to Mr. Chevalier, he would play for less money. Chevalier worked mostly house parties, casuals, and for special occasions. Robert Clemon and Clifton Edmond were also from Louisiana, both originally from Opelousas. Albert Chevalier died in Houston in 1965. — Chris Strachwitz from the notes to Zydeco – Volume 1: The Early Years 1949-1962 (Arhoolie CD 307) 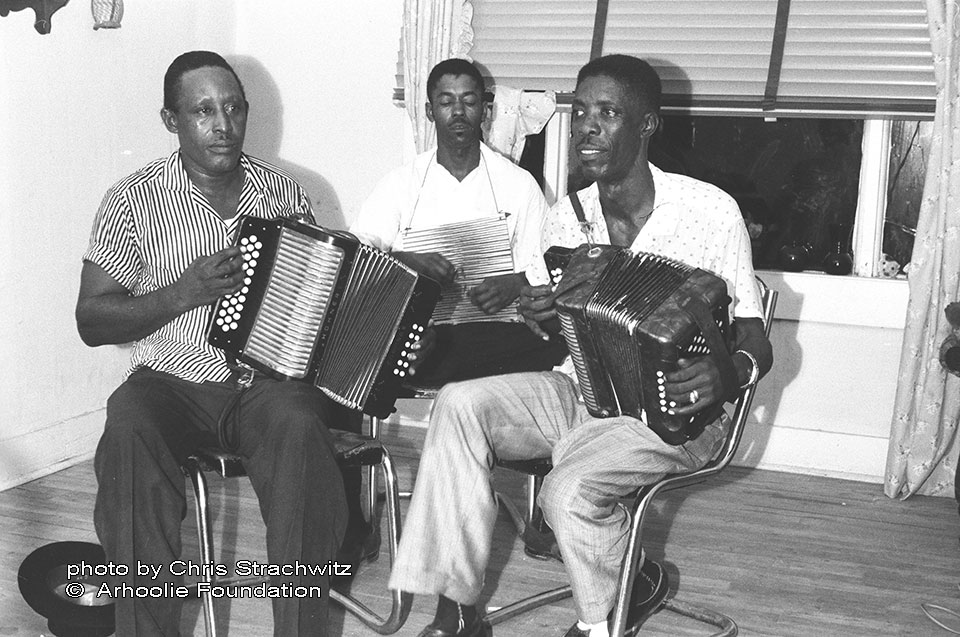