Coming from the Mallet region, near Lawtell, Ambrose and his brother Hebert (father of the great child zydeco band The Sam Five) were primarily know as double row and triple row accordion players and played the style called Lala. Both brothers had a musical career in California, also, before returning to Louisiana. I went to meet Ambrose at his house. There was a peacock on the roof and a cocker spaniel in the yard. His brother Black was also present and we drank coffee, I photographed Ambrose, and he played me some tunes. 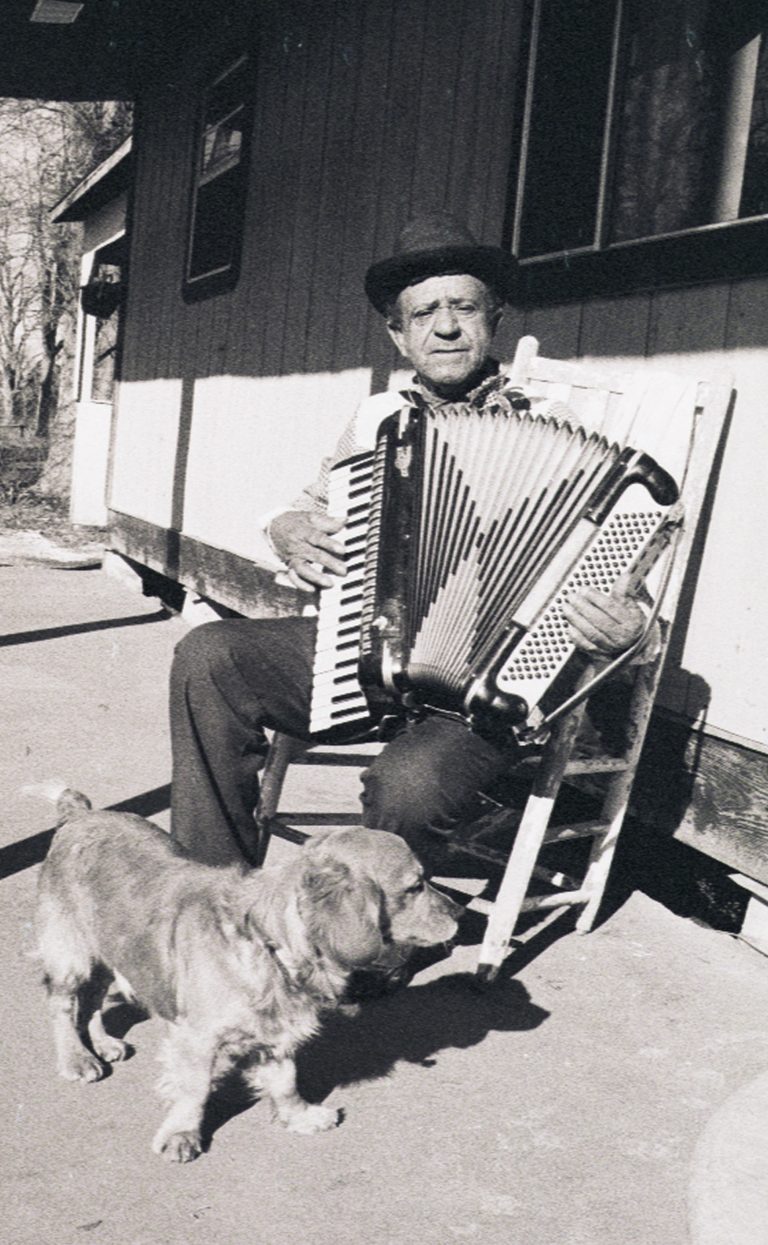