In this first year, we have chosen to focus in our own backyard: the San Francisco Bay Area, home to a vibrant mix of cultures, communities, and musical styles. In future years, nominations will be sought from musicians, folklorists and other experts around the country who are well positioned to identify candidates from their respective areas.

Meet the recipients of the first annual 2018 Arhoolie Awards:

The Oakland Public Conservatory of Music

The Oakland Public Conservatory of Music (OPC) serves inner city youth by providing top quality music education that is minimal or non-existent in the public school system.  Its mission is to “open the world of music to all through access to affordable quality instruction in a nurturing environment. We value rigor, innovation and scholarship in our quest to preserve the musical traditions of Oakland.”

OPC’s programs include masterclasses with internationally renowned musicians, free after-school music classes in partnership with SFJAZZ, the Frederick Douglass Youth Ensemble, and the mentoring and education program Black Girls Play. OPC alumni have gone on to further studies at Juilliard, Berklee College of Music and other prestigious schools.

The organization has recently moved into the California Hotel, an historic Oakland blues landmark now being revitalized as a cultural and entrepreneurial hub. Angela M. Wellman, OPC’s Founder-Director, notes: “Having our home in the California Hotel and playing an integral role in restoration of its vibrant musical past is amazing! It’s an honor to be part of a living history that has been dormant for so many years but is still very much alive in the memory of those who frequented the hotel in its heyday. I pinch myself often when I recognize that we have the opportunity to directly live our vision of ‘reclaiming spirit and culture, illuminating ancestral authenticity.’” 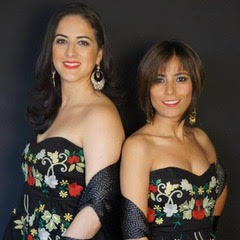 Lucina Rodriguez and Fabiola Trujillo are longtime teachers and performers of traditional Mexican music and dance. As a singing dueto, they have been part of the Mexican roots band Los Cenzontles for over 20 years. The New York Times wrote that the band “both honors and upends traditional Mexican music, tapping deep roots as it flowers into something completely new, and distinctly American.”

In addition to touring, Trujillo and Rodriguez manage the after-school program, teach dance classes, and organize events at Los Cenzontles Cultural Arts Academy. In both capacities they share the musical and cultural traditions of Mexico with youth, passing down invaluable knowledge and heritage. They write, “We are deeply honored to receive the Arhoolie Award. We have been part of the Arhoolie family since we were fifteen years old. We have always appreciated Chris Strachwitz’s support for us, our neighborhood, and Mexican music. We share this award with musicians and music lovers who came before us, who now surround us, and those yet to come.”

Lee Hildebrand is a writer, editor, drummer, producer, and journalist who has devoted his long career to African-American musical traditions. He has written several books including Stars of Soul and Rhythm & Blues, Bay Area Blues, and Colors and Chords: The Art of Johnny Otis. His journalism has appeared in Living Blues, the San Francisco Chronicle, Rolling Stone, and many other publications.

A prominent journalist and music critic for numerous outlets, Hildebrand was also a longtime editor at the East Bay Express. Founding editor John Raeside states, “Lee’s influence on this paper in its original development was inestimable. For more than two decades, as an editor, listings annotator, critic, and feature writer, Lee was one of this paper’s core editorial architects.”

Hildebrand states, “For more than a half century, Chris Strachwitz and Arhoolie Records have done invaluable things to expand our knowledge of the roots of American popular music. I am greatly honored that the Arhoolie Foundation has chosen to recognize me for my modest contributions to this endeavor.”

KPOO 89.5 FM is an all-volunteer community radio station, broadcasting 24/7 from San Francisco, specializing in blues, jazz, gospel, Latin, hip hop, and reggae. Founded in 1971 by Joe Rudolph, it was the first black-owned noncommercial radio station west of the Mississippi River. It was the first station on the West Coast to host a complete hip hop show.

According to their website, “KPOO gives voice to the concerns of low income communities in San Francisco. Founded by Poor People’s Radio, Inc., KPOO’s ongoing mission has been to open the airwaves to the disenfranchised and underserved.” Terry Collins, President of the station’s board, noted, “KPOO is there to serve those who would otherwise have no access to the airwaves.  We are happy that the Arhoolie Foundation reached out on behalf of our common goal.”

About the Arhoolie Award

The Arhoolie Award is neither applied for nor sought. Nominations are made by board members, friends, and experts in our field. Winners are chosen by Chris Strachwitz and the Arhoolie Foundation board of directors. Recipients will receive $10,000, with no obligations. This award is simply meant to encourage, support, and shine a light on extraordinary individuals and organizations, and to help them continue their good work.

Congratulations Lee. I could not think of a more deserving journalist to receive this honor. Thank you for your contributions to my education in Roots Music. John Brenes, Music Coop

I have been a programmer at KPOO from 1973. I play R&B and more primarily from the 50’s and 60’s. Lots of vocal groups, rockabilly and such. (Such great and mostly forgotten music.) Ben Sandmel emailed me about this award to KPOO and was I thrilled! Thank you. Thank you.