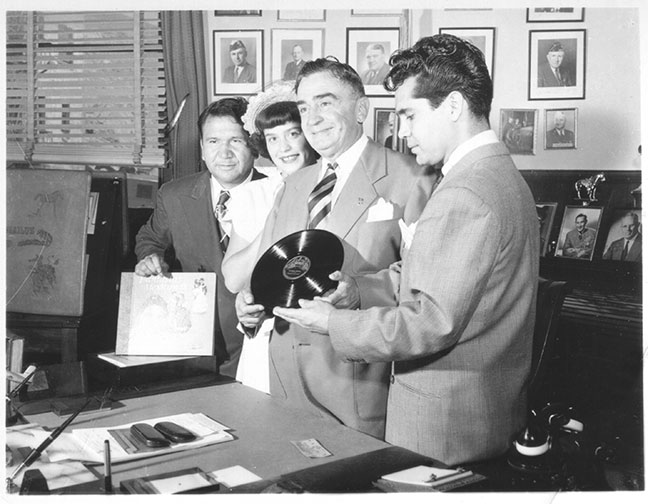 Edmundo Martínez Tostado, whose stage name became Don Tosti, was born in El Paso, Texas, in 1923.  He exhibited musical talent at an early age, and by his twelfth birthday he was playing violin with a local group, La Orquesta Muro.  A ranchero-type known as an orquesta típica, the Muro ensemble actually played a good deal of American music, much to the satisfaction of Tosti, who in his youth evinced a strong dislike for ranchera music.

True to his more cosmopolitan tastes, Tosti eventually moved to Los Angeles, where, in 1942, he formed a “jaitón” (“hightone,” or sophisticated) orquesta.  Shortly after, Tosti’s talent led him to the American big-time, where he played bass with some of the leading dance bands in the U.S., including Les Brown and Jimmy Dorsey.

Meanwhile, in the late forties he leaped into the pachuco (Zootsuiter) vogue then rampant among Mexican American youths in Los Angeles and elsewhere in the Southwest, recording a classic hybrid song, “Pachuco Boogie,” which combined the caló, or argot, of the pachuco with the African American-inspired boogie.  This and “Chicano Boogie” established Tosti as a pioneer innovator in the evolution of Mexican American music.

For the next forty years, Tosti was one of the shining lights in the Los Angeles music scene, where he moved effortlessly between and among a myriad styles ranging from latino/tropical to jazz.  His final years were spent playing solo keyboard in nightclubs and restaurants in Palm Springs, California. 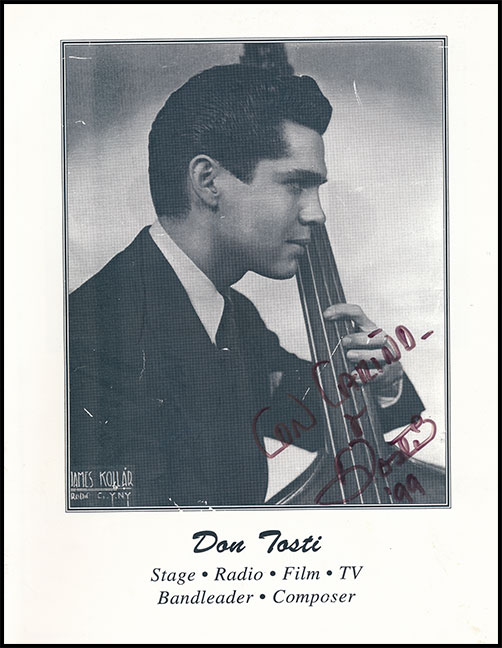