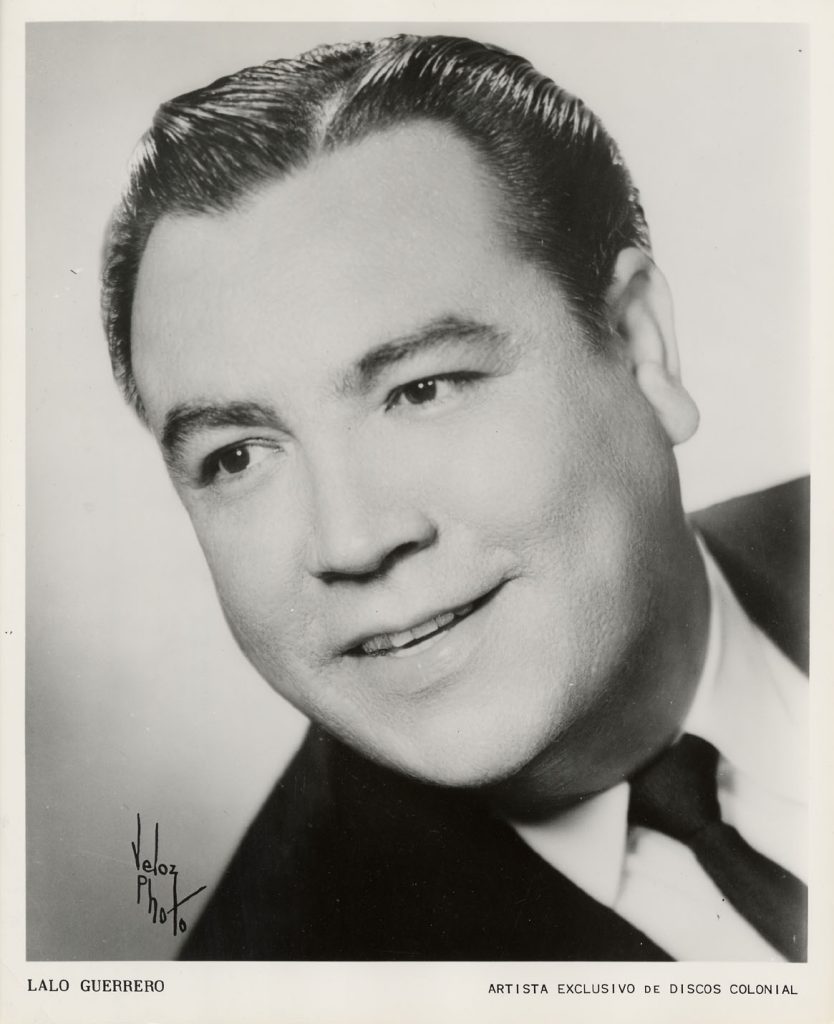 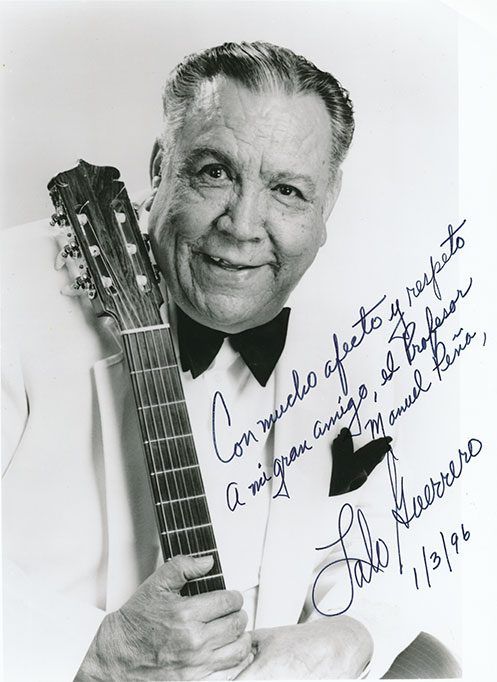 Lalo Guerrero was without a doubt the most prolific musician-composer that Mexican America has ever produced.  In his long and illustrious career, which spanned from the 1930s to the 2000s, Guerrero visited almost every musical genre circulating in the Hispanic Southwest.  Given his prolific career, it is not surprising that Guerrero rubbed elbows with musicians that ranged from grassroots folk artists like Luis and Carmen Moreno to international Mexican stars like El Trío Los Panchos and American celebrities like Ry Cooder.

A Tucsonian born in 1916, Don Lalo’s first excursion into the major currents of commercial music occurred in 1939, when a Mexican-styled trio he played in, Los Carlistas, recorded several 78 rpm records for the Vocalion label.  But this was only the beginning for the budding young singer-composer-guitarist. During his lengthy career in music he delved into many types of ensembles and composed in many different styles and genres.

Among the groups he performed with or fronted was the Mexican American-styled orquesta, Mexican-styled trios, and assorted ensembles such as that of Los Lobos, from Los Angeles.  Among the genres in which he composed and sang was a Spanish-language imitation of Alvin and the Chipmunks (“Las Ardillitas”), parodies of various American popular songs, corridos (Mexican ballads), Chicano protest songs, pachuco-styled boogies (e.g., “Marihuana Boogie”), and many other musical types. In summary, with the exception of Little Joe Hernández, no one matched Lalo Guerrero’s brilliant attempts at synthesizing the disparate musical elements that formed the raw material for his musical genius.

Guerrero received many awards and other forms of recognition during his lifetime, including a National Heritage Award.  He died on March 17, 2005.