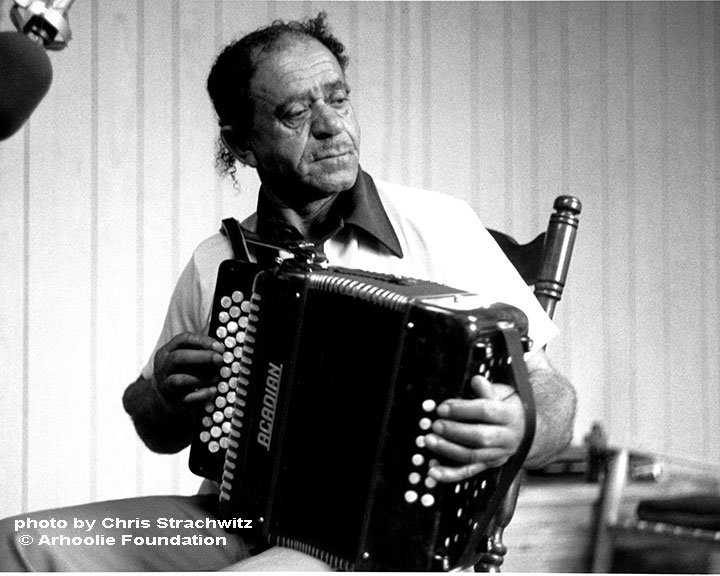 Herbert Sam was born near Opelousas, LA., in 1924 into a musical Creole family. His father played accordion and so did his mother and two brothers, including Ambrose Sam who in the 1950s went to Los Angeles, Ca, and played for the Creole community in that area. Herbert Sam, however, went to Houston, played there for many years, and happened to be at the Zydeco contest on McGowan street just off Dowling when I recorded the proceedings that day with Mack McCormick as my guide. Since then Herbert Sam has become the proud father of the Sam Brothers Five who are carrying on the tradition and are one of the leading Zydeco bands in Acadiana today. — Chris Strachwitz from the notes to Zydeco – Volume 1: The Early Years 1949-1962 (Arhoolie CD 307) 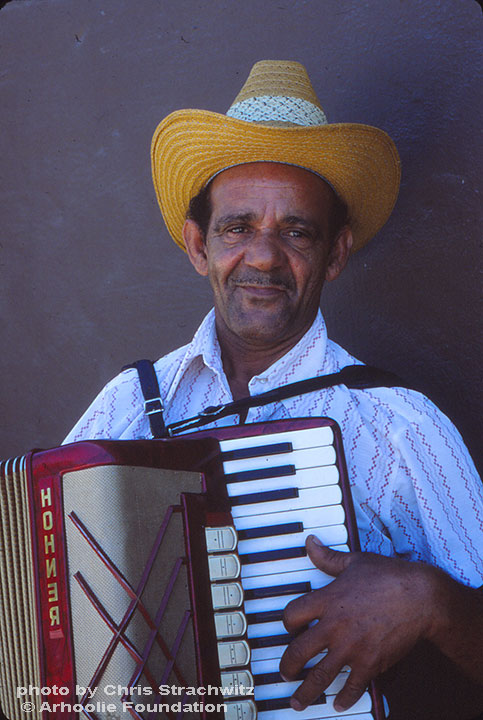