The Arhoolie Awards honor musicians, organizations, and individuals who carry on and uplift tradition-based music. Recipients are nominated by experts in the field and selected because of the extraordinary work they do to keep diverse roots and regional music thriving.

Meet the recipients of the fourth annual Arhoolie Awards:

The Jalopy Theatre and School of Music 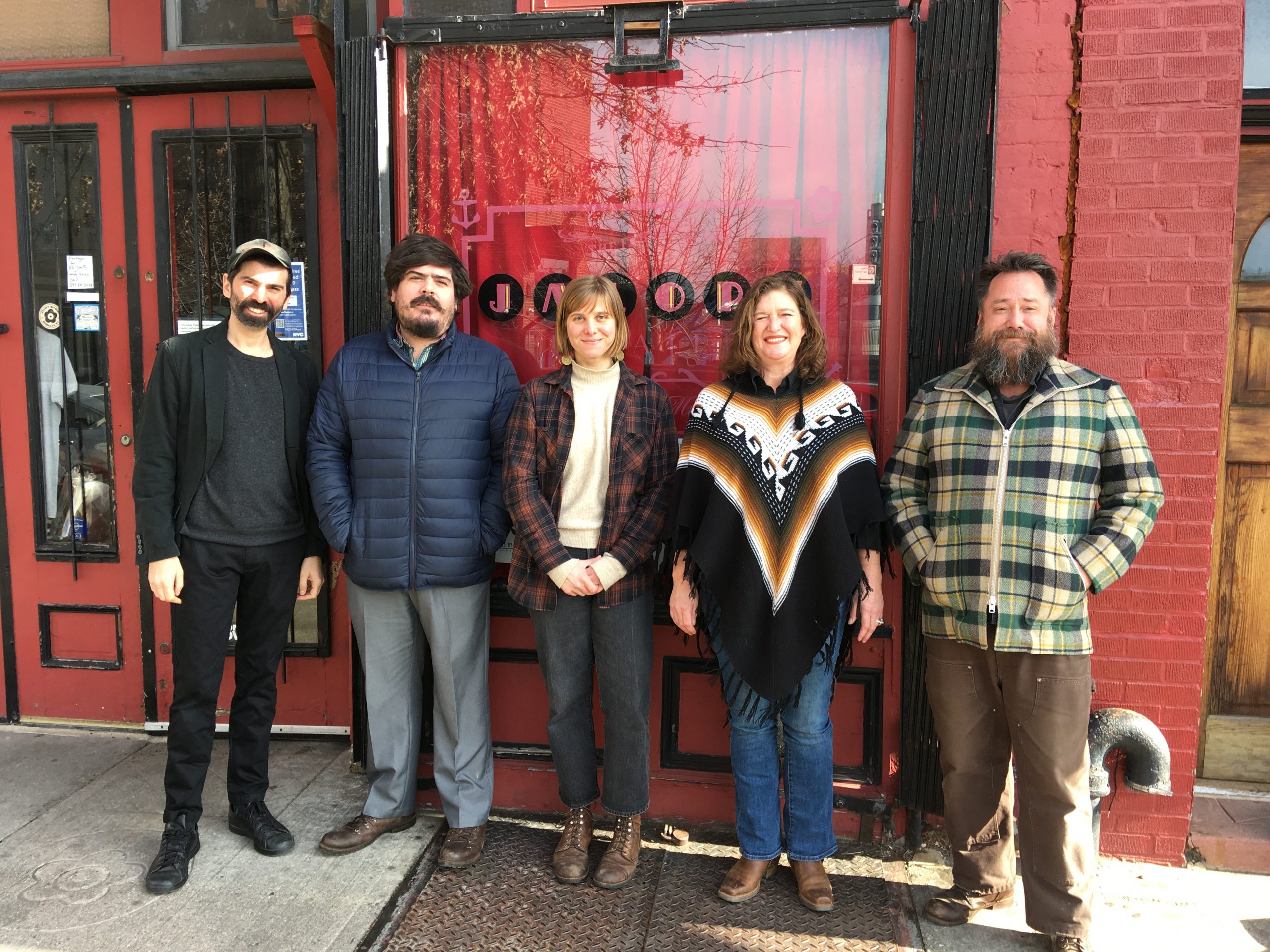 The Jalopy Theatre and School of Music is a multi-faceted arts space showcasing evolving folk and traditional music and art from New York City, the Americas, and the world. Through their programming they support artists, foster multi-generational community, and provide enrichment and education about our shared musical heritage. They present a diverse array of cultural traditions from around the world, and facilitate the perpetuation of oral tradition through concerts, festivals, classes, workshops, film screenings, and open, participatory song sharing sessions. The Jalopy features live music most nights of the week, presents numerous annual festivals both at Jalopy and around New York, offers weekly classes for adults and children, and hosts multiple free jam sessions. Their in-house record label, Jalopy Records issues multiple recordings each year, featuring the music of contemporary folk and traditional artists as well as curated historical recordings. 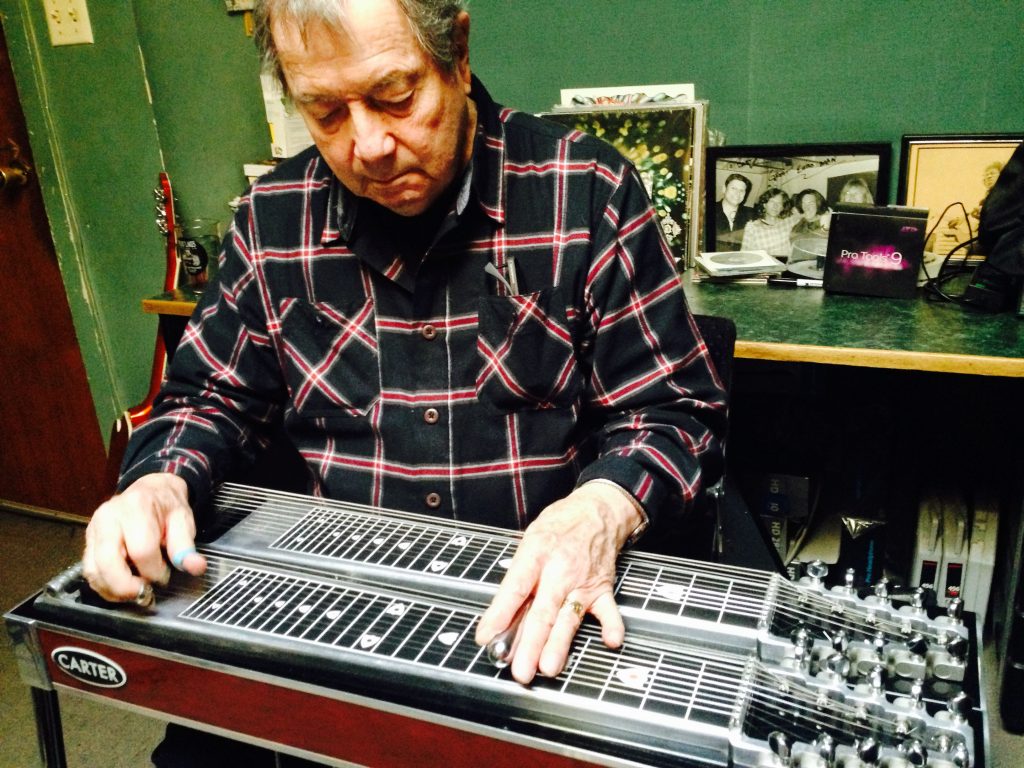 Bobby Black is a quiet legend of the steel guitar. Born in Phoenix, AZ, in 1934, he is a deep repository of so much country music history, from 1950, when he began playing as The Black Brothers (with brother Larry on guitar). Bobby has single-handedly kept the steel guitar front and center in all sorts of music for decades. He might be best known for his stints with Commander Cody and the Lost Planet Airmen, Asleep At The Wheel and the New Riders of the Purple Sage. Along the way he continued to play with his brother covering country, Hawaiian, and cool jazz. “Bobby, for me, was the living link to the past,” adds Bill Kirchen, original Lost Planet Airmen. “But he also was the most advanced player in the band. We could look all the way back and all the way forward with him. He was the guy who met Hank Williams, started playing in the ’40s on a straight (lap) steel… And on the other hand, he was the best bebop player in the band.” Bobby is considered by many to be a national treasure. 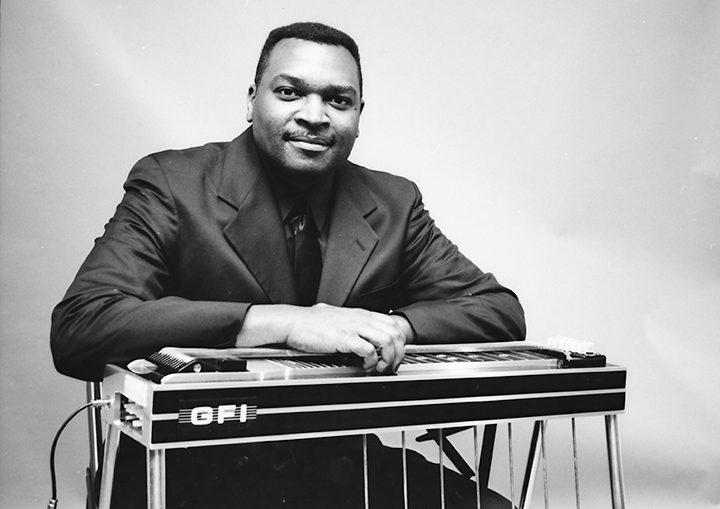 Chuck Campbell began playing the lap steel guitar at the age of 12. At the age of 17 he became one of the first players to utilize the Pedal Steel guitar in the House of God Church, Keith Dominion. Chuck is renowned for his innovative approach to the instrument both technically and musically. His use of effects such as distortion, and wah pedal and his picking techniques enable him to emulate the human voice in an uncanny fashion, which evokes images of gospel moaning and field singing. Early in his career Chuck became recognized for becoming the first steel player to be accomplished in the Sacred Steel styles of Calvin Cooke, Ted Beard and Henry Nelson when most steel players could only play in one! Chuck’s inventive blending of those methods along with his ground-breaking use of complex chords and fast picking formed the musical style which is the most emulated among young Sacred Steel players today. 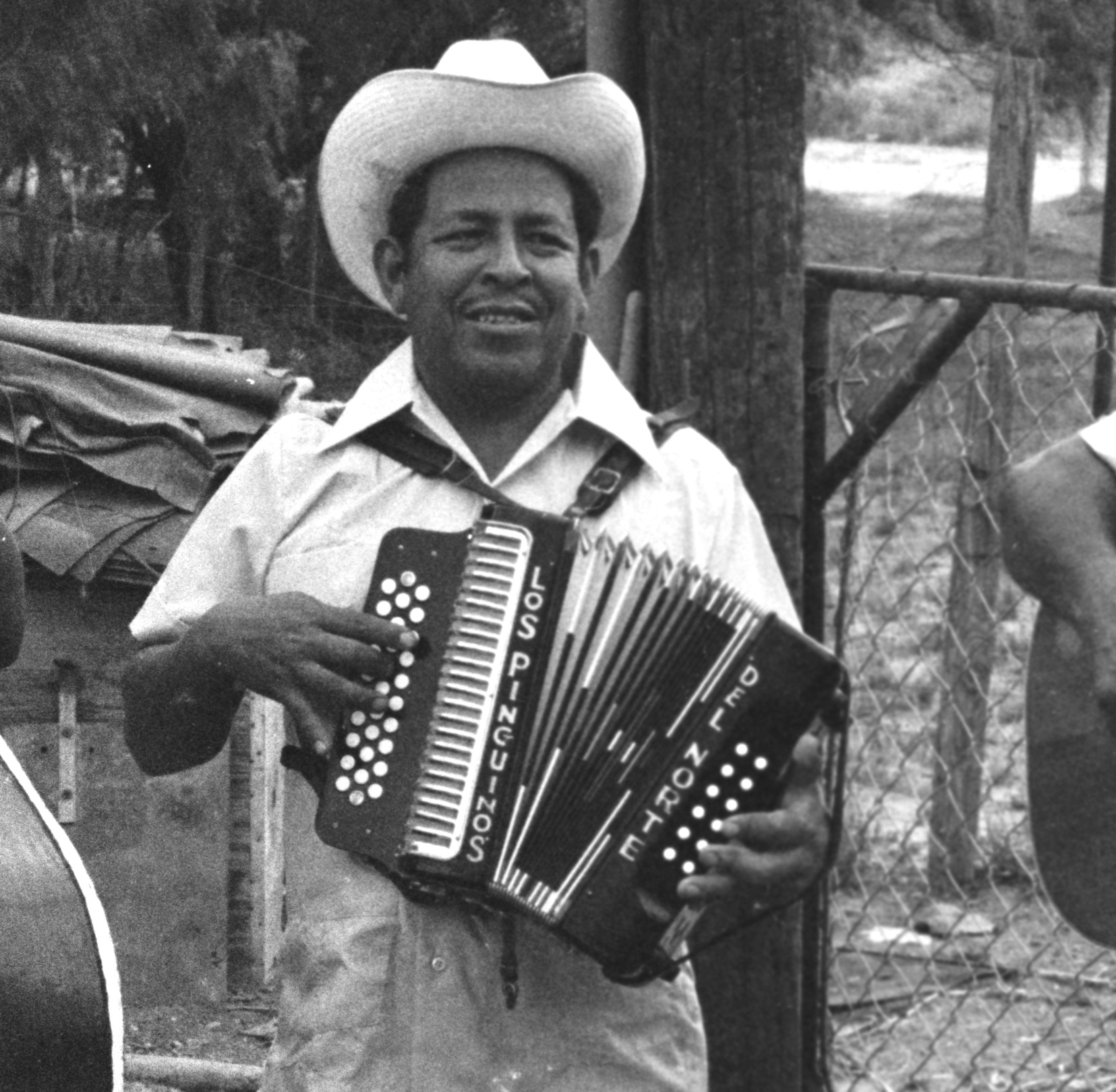 The remarkable Ruben Castillo Juarez is El Pinguino Mayor/the Top Penguin and the leader of Los Pinguinous del Norte.  First recorded by Chris Strachwitz in Piedras Negras, Mexico, in 1970, Chris considers Ruben to a ‘songster’ in the same vein as Mance Lipscomb, staying true to his style of playing local corridos for and about the people of his community. Featured in Chulas Fonteras, Ruben has led Los Pinguinos in acting carriers of a huge repertoire of regional as well as more widely known and popular corridos (Narrative Ballads) as well as older instrumental dance tunes, sones, canciones and rancheras. For over 50 years, Ruben has continued to play in the community market in Piedras Negras and has continued to entertain local and visitors alike. 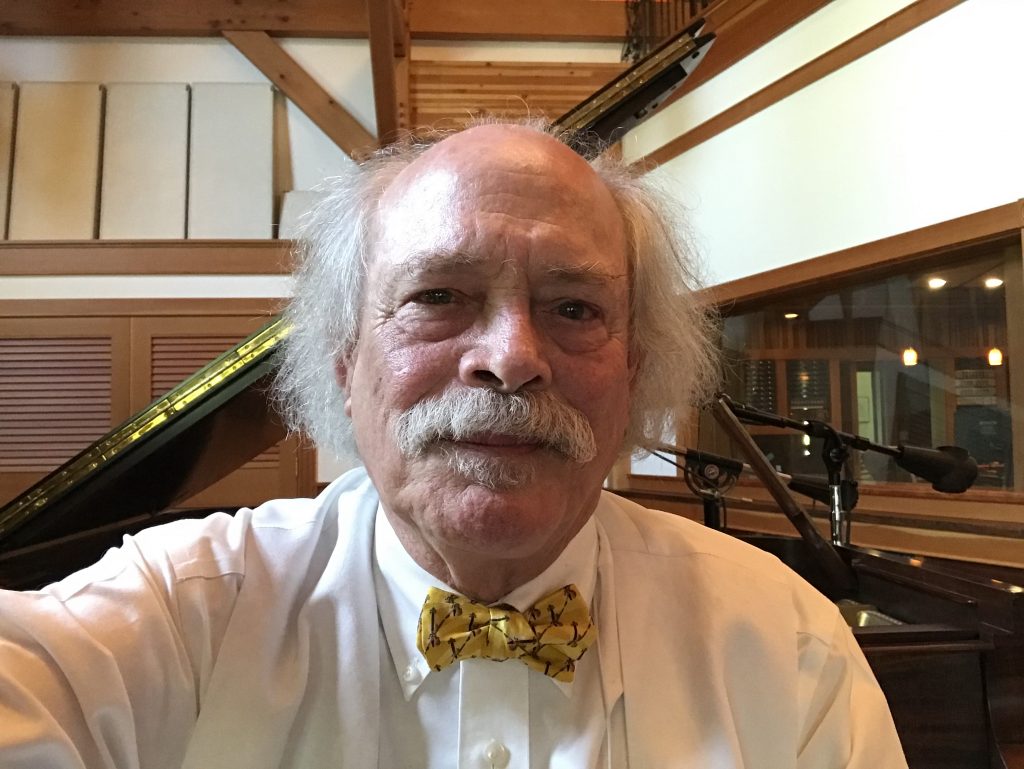 Ed Littlefield’s love of down-home music can be traced to the affection and support that his mother gave to the opera. Ed prefers music that can be played someone’s home and picked up the pedal steel (among his many instruments) in college and has had a successful career in bands from Lance romance to Marley’s Ghost.  He has played with Emmylou Harris, Bob Weir, Marc & Ann Savoy and many others. And like his love and dedication to pedal steel, Ed has made it a point to invest in traditional music. Ed served as the major donor who helped facilitate the transfer of Arhoolie Records to the Smithsonian. Coupled with his ongoing support to Arhoolie, and traditional musicians, Ed has supported a wide range of music institutions such as the Freight & Salvage and the Ashkenaz in the Bay Area, the Festival of American Fiddle Tunes in Port Townsend, Washington and Swamp In The City at the Jalopy Theater in Brooklyn, New York. For his outstanding support of arts organizations, we are honoring him with a Special Arhoolie Award – Patron of the Traditional Arts. 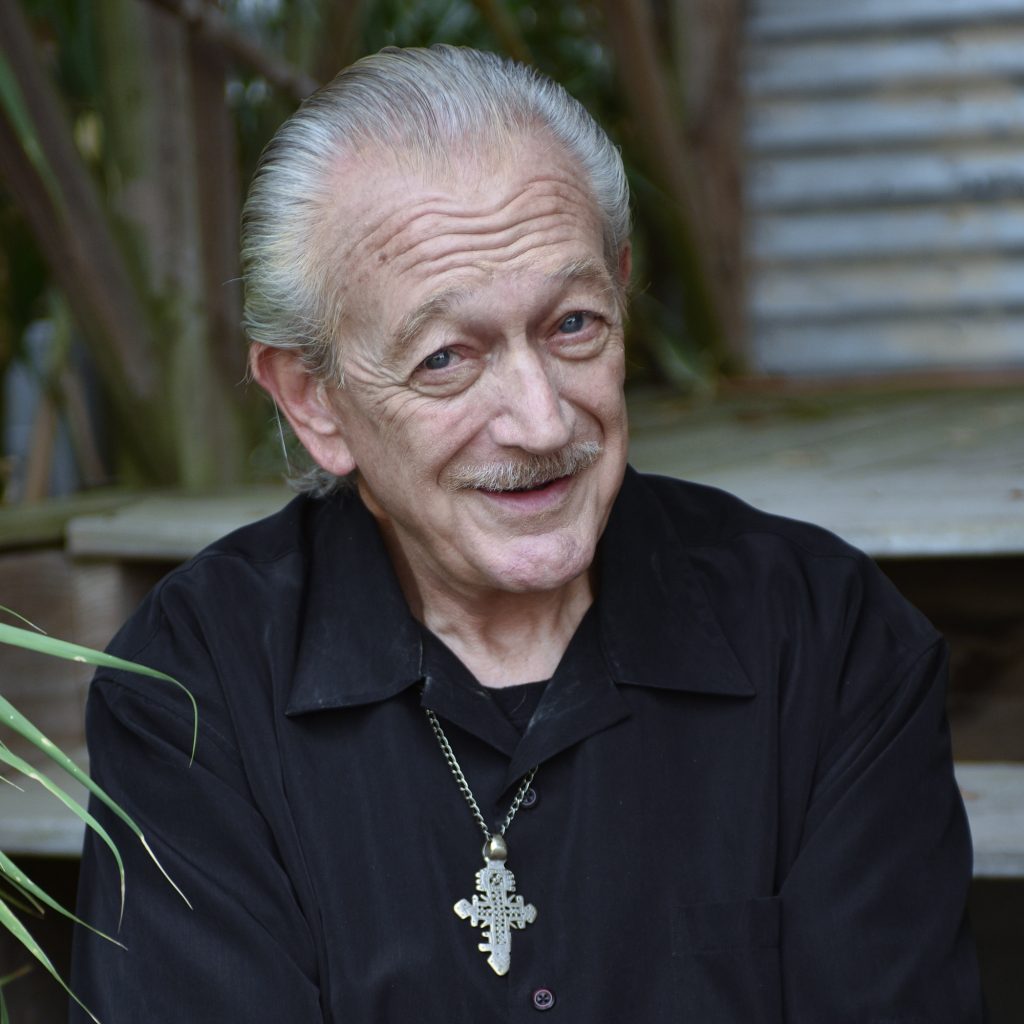 Charlie Musselwhite is an American original.  Born in Mississippi, he grew up in Memphis and landed in Chicago to work and hear some of the great blues musicians of the era. One of the few young, white guys who frequented blues club, he got to witness and eventually play with the likes of Muddy Waters, Big Walter Horton, Big Joe Williams, Howling Wolf, Little Walter, and Sonny Boy Williamson. When he traveled west, he got hired by Arhoolie Records to help ship records around the country and to new blues markets all around the world. He recorded two great albums with Arhoolie in 1971 and 1974 and appeared on others. He has made 40 albums of his own and appeared on countless others by Tom Waits, Cyndi Lauper, Eddie Vedder, Bonnie Raitt, John Lee Hooker, Ben Harper, and more. And he has been recognized many times over by the Grammys, the Blues Music Awards, and the Blues Hall of Fame, which inducted him in 2010.