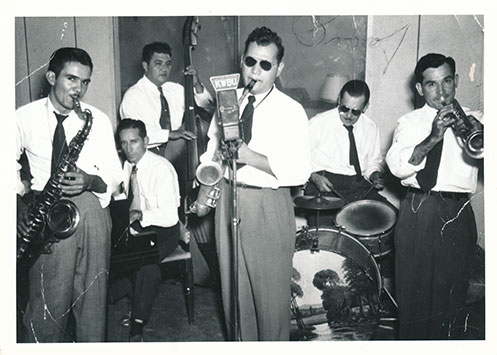 Baldemar (Balde) González was born on May 30, 1928, in Beeville, Texas.  Sightless since birth, he attended the school for the blind in Austin, Texas, where he learned to play piano, clarinet and saxophone.

Gonzaléz played with his first groups when he was a student at the school for the blind, at “little parties,” but he organized his first professional band sometime in 1948 or ’49.  He seems to have drawn good musicians to his orquesta, and he was soon recording for companies like Melco and the ubiquitous Ideal, owned by the tejano recording pioneer Armando Marroquín.  Ever the astute student of tejano musical tastes, Marroquín was attracted by González’ unique approach to the orquesta: he preferred to concentrate on what Marroquín himself defined as the jaitón style—a more sophisticated, urban, “hightoned” repertoire and orchestration.  But for the force of tradition, González seemed to shun the ranchero-styled polka, so much popularized by Beto Villa and other orquesta musicians.  He preferred boleros, fox-trot ballads and some “tropical.”

González also made his mark in tejano music with his sonorous baritone voice.  All of his best hits—some of them his own compositions—were songs performed in the American fox-trot ballad style, except sung in Spanish.  Thus titles like “No te preocupes por mí,” and “Oye corazón” became his signature songs, and they managed to  garner considerable popularity.

González’ presence in the tejano music scene diminished and finally ended in the 1960s.  He lived out the rest of his short life in Houston, where he performed regularly as a piano-bar soloist at a local Ramada Inn.  According to his daughter, Sylvia Winton, at that time he played and sang mostly American music.  But he had made an important contribution to a vibrant tejano tradition by bringing to the fore a sophisticated, “jaitón” form that was indicative of a diversifying class structure in that society.

González died in 1974.  In 1985, he was posthumously inducted into the Tejano Music Hall of Fame. 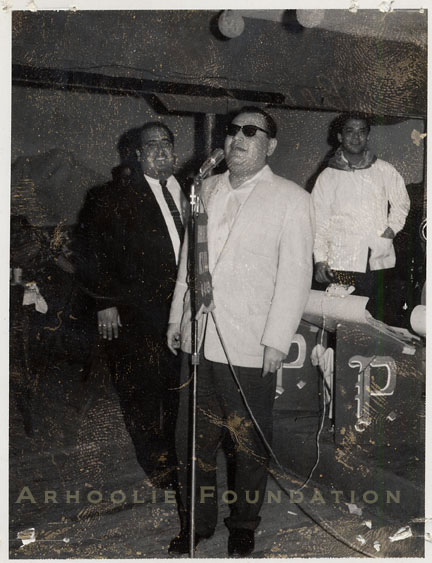