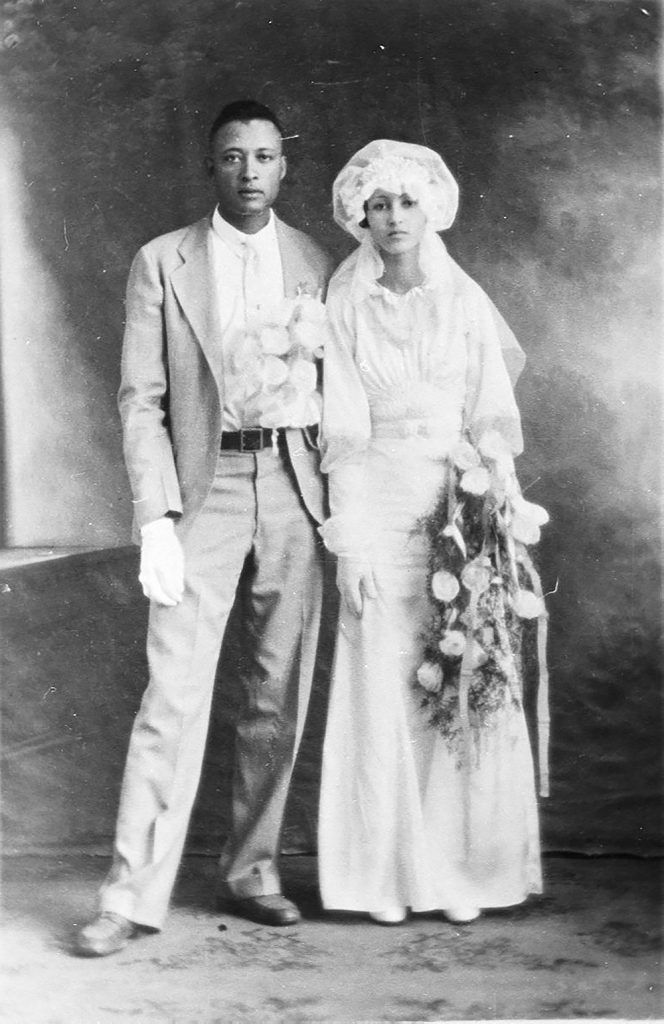 Douglas Bellard was the first black man to record Creole music in this area. In Vol 1 I put the lyrics to his two released songs and a beautiful portrait of him. The portrait came from a one armed black man in Eunice. Shortly after he lent me the photo to copy and I had returned it his house burned down with the picture in it, so I am thankful I went to get it. I had Joel with me when he was about four years old. He was wearing a raccoon cap I had made him. As I was leaving I absent mindedly slammed the car door and it slammed on little Joel’s hand!!! I will never forget my horror when that happened. I spent a few trips looking for traces of Douglas Bellard to get a more rounded portrait of him. All I had heard were negative and violent things. But our old friend Murphy Soileau knew him well and even picked up Douglas’ brother David to be interviewed. I also went to the home of Ida Jones, a very old black woman, who told me various stories about black musicians in the area in the 1920’s-1930’s.