Wayne Pope (1932-2017) came to California from Madison, Wisconsin to pursue his master’s in fine arts at UC Berkeley.  While in school, he worked as a freehand designer for Owl Printing in San Francisco, hand-drawing advertisements for local mom-and-pop groceries in a four or five block radius. “If you worked your butt off,” he remembered, “you could make five bucks an hour.” A little later, he moved into a job at the university, making charts, diagrams, and drawings for professors in the biological services. 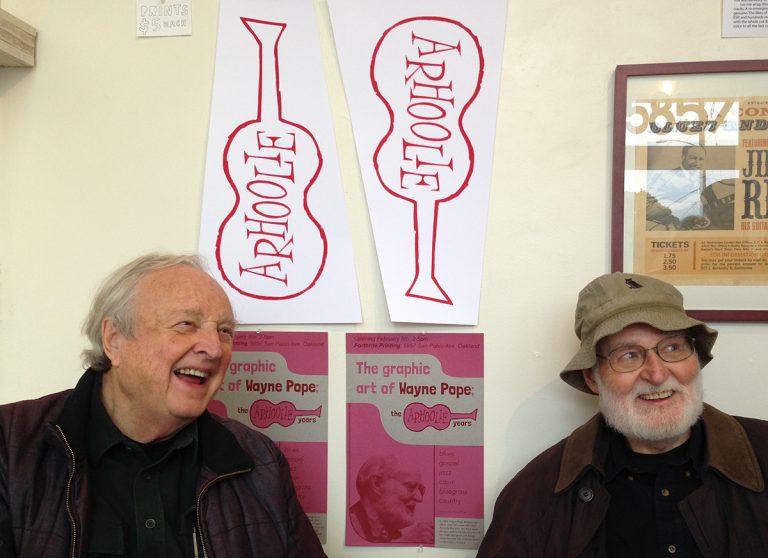 Chris Strachwitz knew Wayne as part of his local music scene in Berkeley, so he asked Wayne to design the first Arhoolie LP featuring Mance Lipscomb. Together they glued the newly designed covers on the albums in Wayne’s kitchen. Wayne would eventually serve as Arhoolie’s main graphic artist, drawing the label’s red guitar logo and designing most of their covers over the next 50 years. 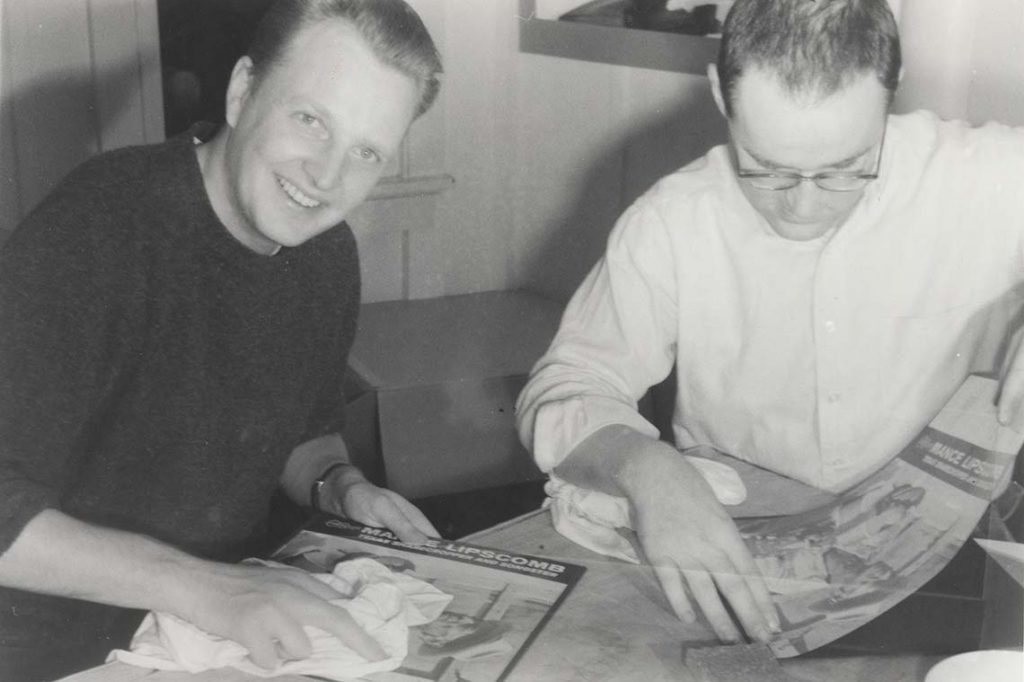 Wayne’s graphic sense shaped the way we looked at Arhoolie and the way in which the world first came into contact with the record label. His deep friendship with Chris Strachwitz made him a regular collaborator and you can’t talk about the beginning of Arhoolie Records without acknowledging the impact of Wayne’s contribution.

Years later Wayne wrote, “To have known Chris and contributed the covers for most of the Arhoolie LPs and many of the CDs is certainly what I take most pride in.  We worked well together. The only challenge was coming up with a good design. He kind of left the ideas up to me.  I would come up with at least three designs for him to look at, and he would choose one and maybe ask me to make a few changes – maybe the title wasn’t big enough or something along those lines – but it was always a good working relationship. And I’ve learned a lot over the years. I wasn’t listening to blues for instance at the time I met Chris. I was into Bing Crosby and Frank Sinatra. So this was a real education for me, and I’m proud to have involved with Arhoolie and to have counted Chris as a friend for more than 50 years.” 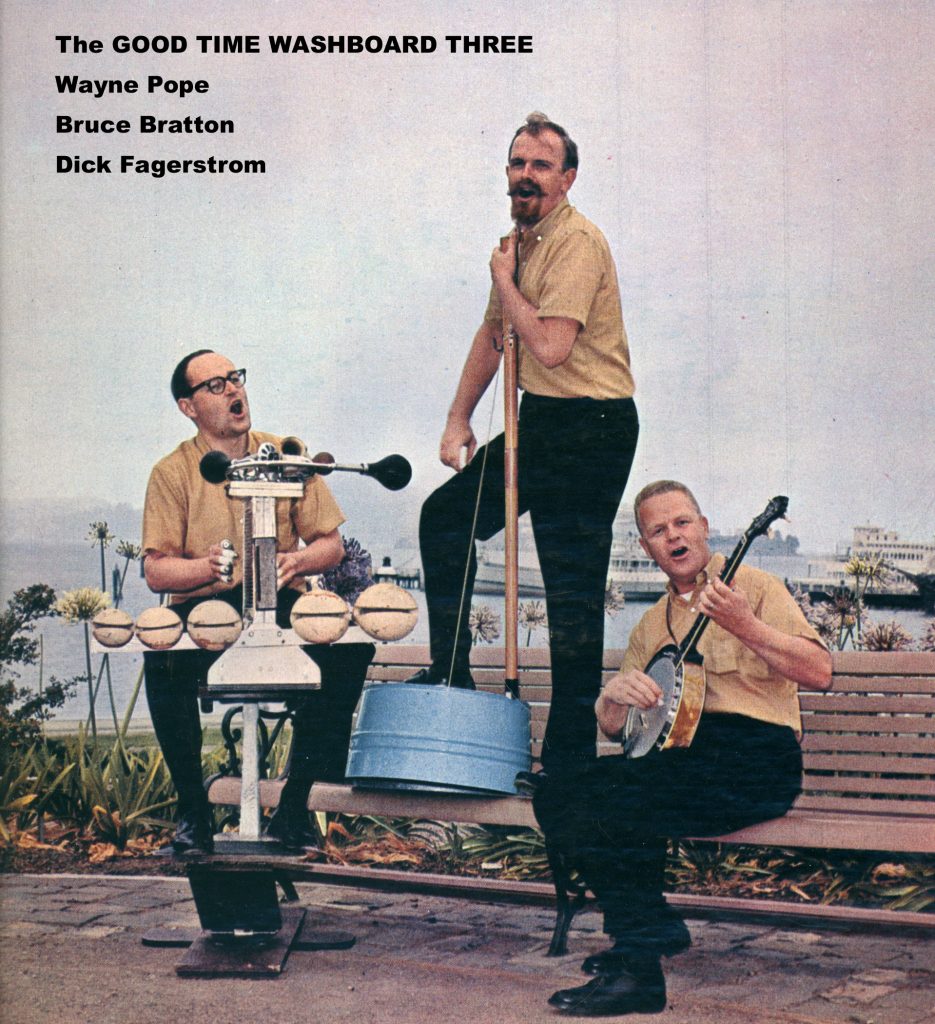 Although Wayne Pope is best known as the designer who shaped what we saw about Arhoolie Records, Wayne Pope also appeared on several Arhoolie recordings. Using the nom de guerre Washboard Willie, Wayne played the washboard on the 1965 release with Bukka White, Sky Songs Volume 1. For Sky Songs Volume 2, Wayne was identified as Big Willie on washboard. Wayne’s first band made it onto the 2010 release Hear Me Howling as the Skid Band, a skiffle band that was part of the music scene of Chris and his friends in Berkeley. Wayne also scored a local hit (Oakland, We’re For You) and appeared on Bing Crosby’s TV show with the Goodtime Washboard III with Bruce Bratton and Peter Arnott. The trio performed at the Arhoolie’s 50th Anniversary celebration and were included in They All Played For Us (2011). 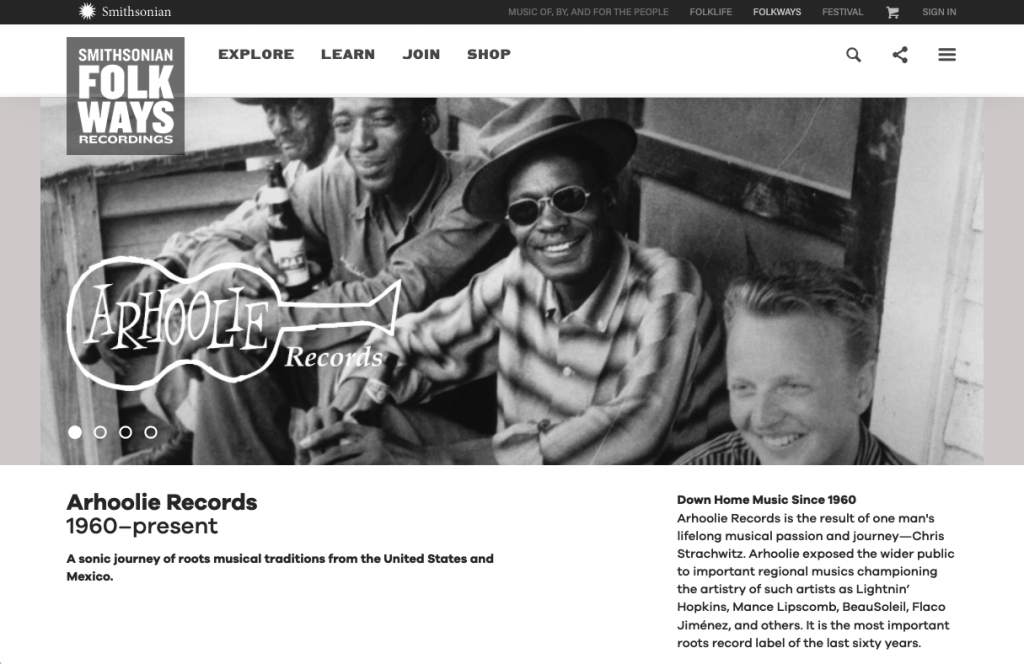 After the record label was acquired by Smithsonian Folkways, the Arhoolie Foundation kept the distinctive guitar image to define the style of the organization looking into the future. 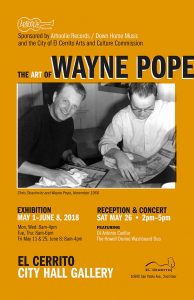 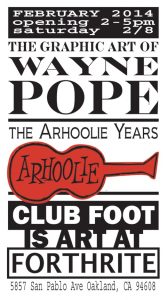 Wayne and his art were featured in an exhibition in Oakland in 2014.  In 2018, the City of El Cerrito, home of Arhoolie Records, honored Wayne with an exhibition organized the city’s Arts and Cultural Commission in the El Cerrito City Hall. We are forever grateful for the contribution that Wayne Pope made to Arhoolie, to the community and to his family and friends. 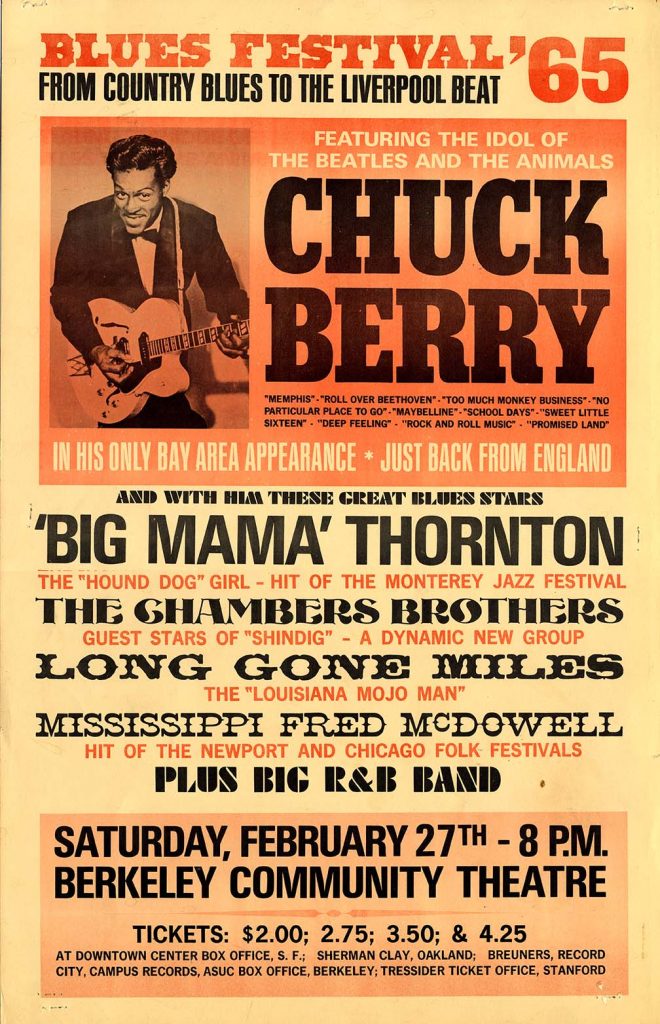 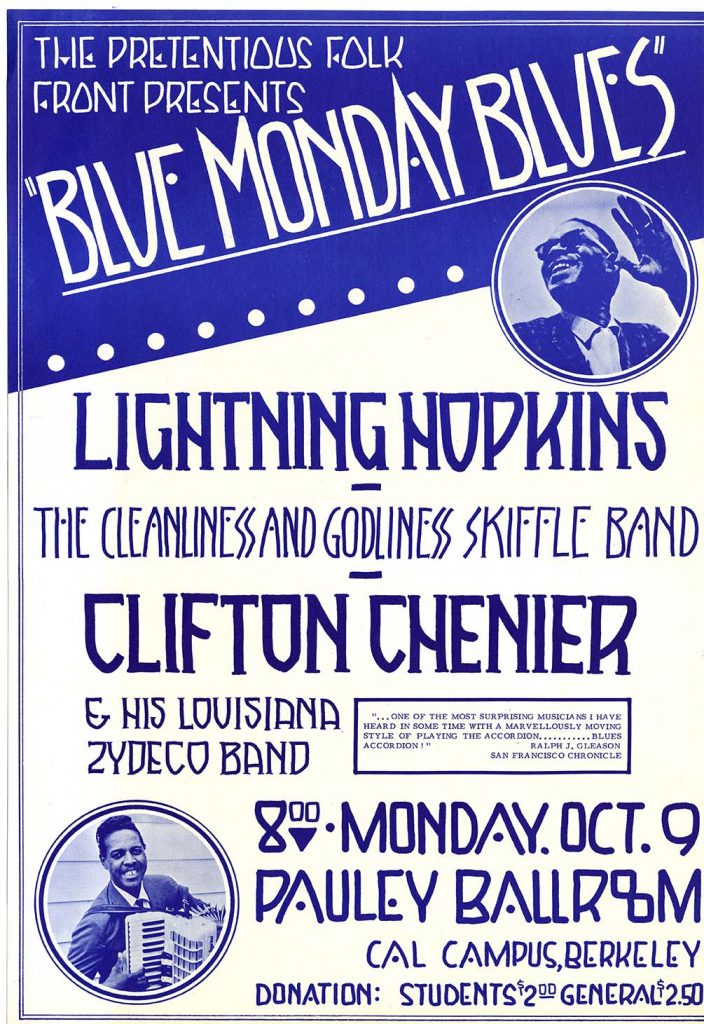 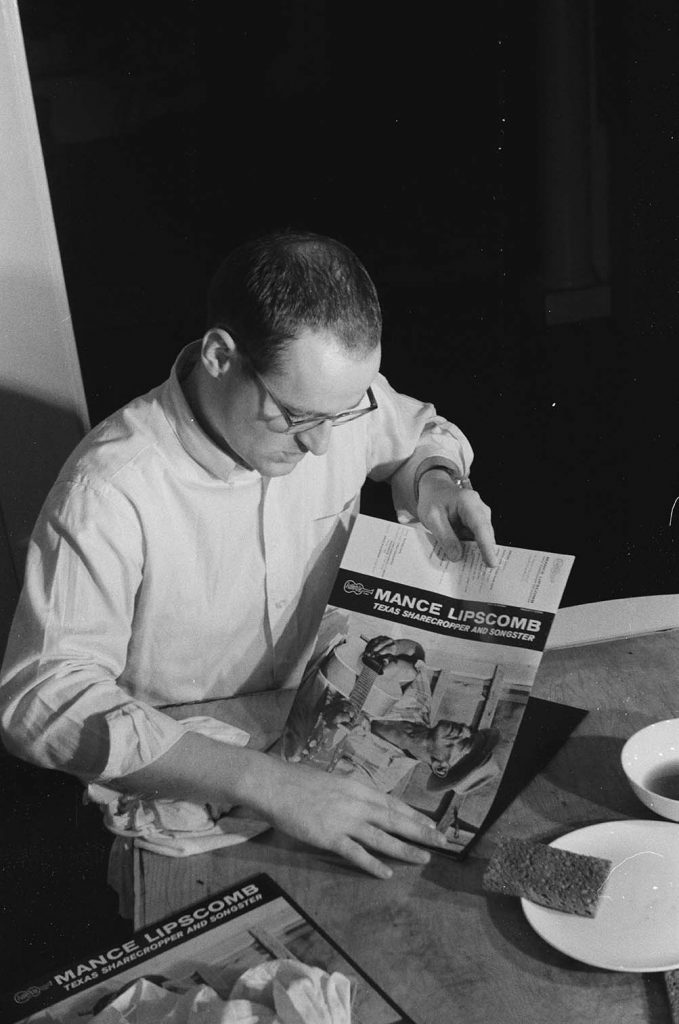 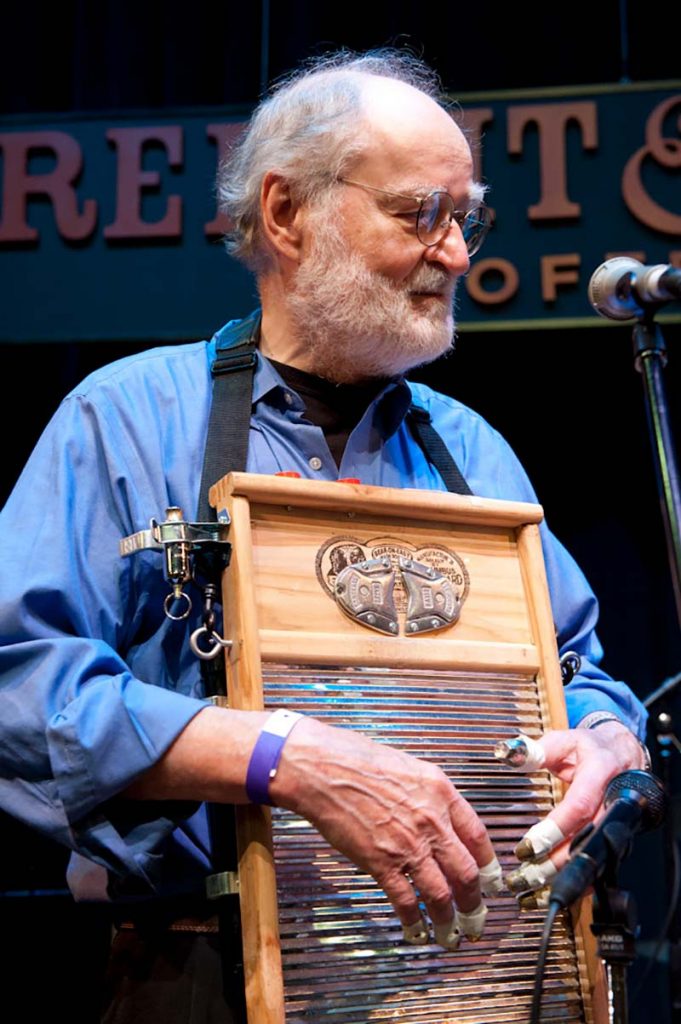 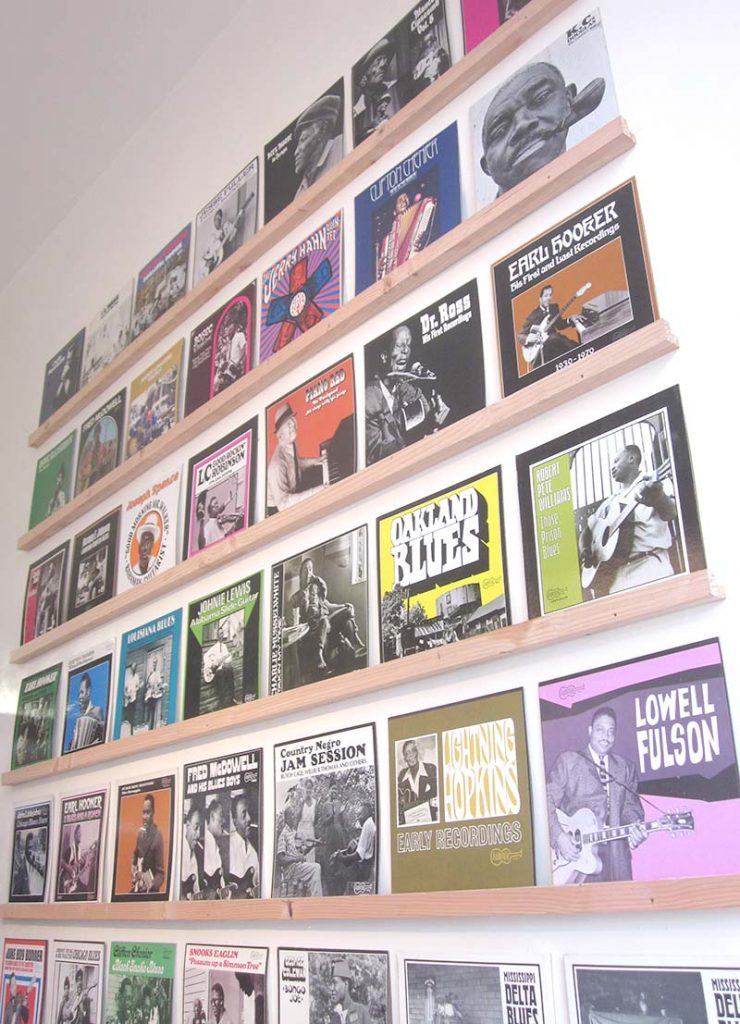