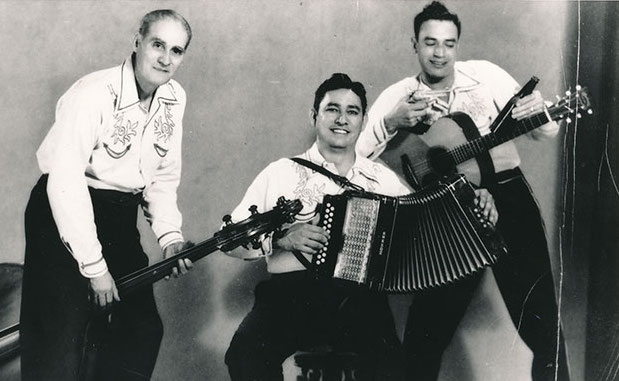 Santiago Jiménez, Sr. learned to play accordion watching his father, Patricio Jiménez, who was the only accordion player Santiago recalls playing at dances around town in San Antonio, where he grew up. He talks to Chris Strachwitz about learning to play at age 10, and buying his first two-row accordion from a pawn shop in 1935. He would later become known for his consistent use of the two-row button accordion. Jiménez, Sr. was inducted into the Tejano Music Awards Hall of Fame in 1993 and the Texas Conjunto Music Hall of Fame and Museum in 2003. Since he passed in 1984, the musical family tradition has continued to live on through his sons, Flaco and Santiago Jiménez, Jr. 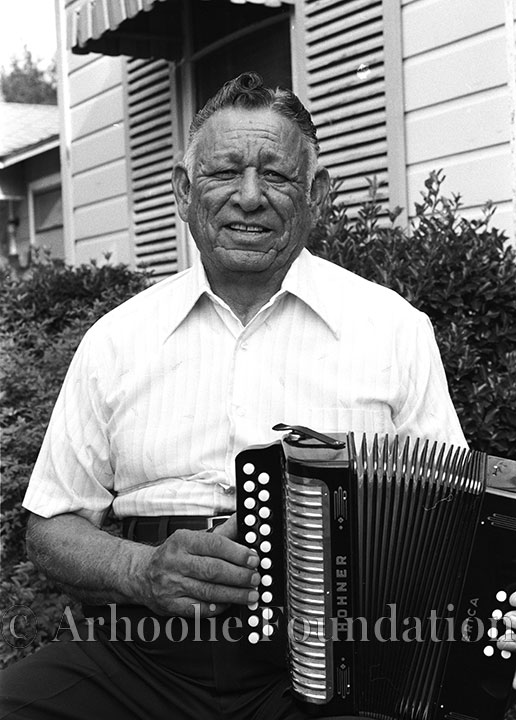