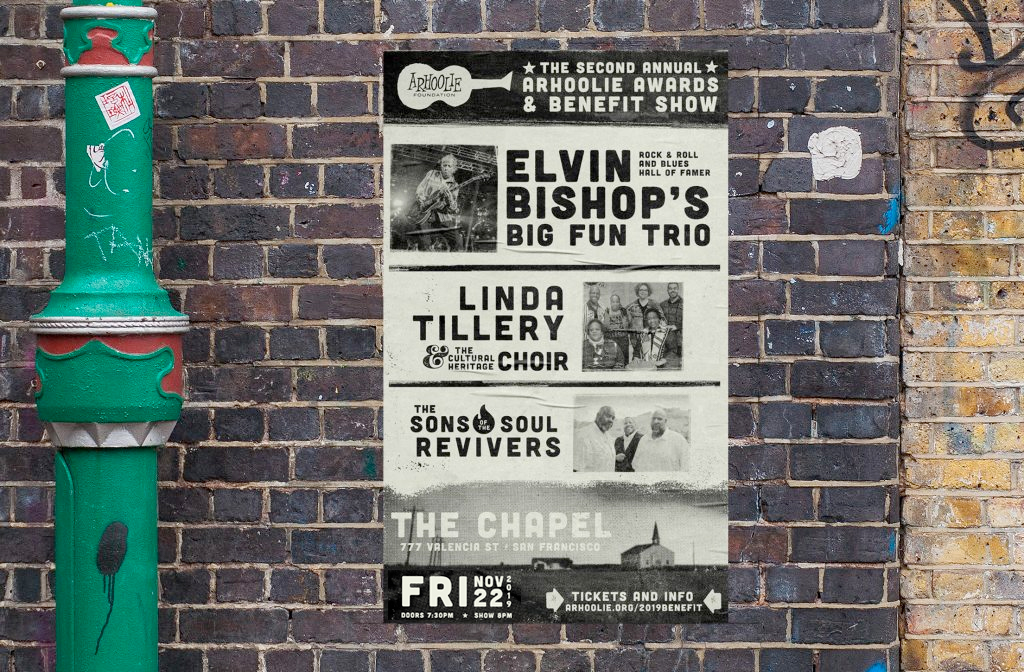 The Arhoolie Foundation – a non-profit organization dedicated to the documentation, preservation and celebration of regional roots music – is proud to announce its second annual Arhoolie Awards and Benefit Concert, to be held November 22nd at San Francisco’s The Chapel. Proceeds from the event will help further the mission of the Foundation, which evolved out of legendary independent roots music label Arhoolie Records, whose iconic catalog was acquired by Smithsonian Folkways in 2016.

Enjoy a night of down-home blues, soulful African American folk spirituals, and uplifting  gospel while celebrating the heritage of roots music. This event features live performances by Elvin Bishop’s Big Fun Trio, Linda Tillery and the Cultural Heritage Choir, and The Sons of the Soul Revivers (more info on this year’s performers below). 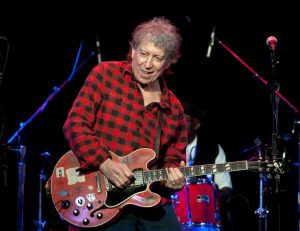 Ever since Rock & Roll and Blues Hall Of Famer Elvin Bishop first hit the scene with the Paul Butterfield Blues Band back in 1965, he’s blazed his own musical trail. Whether he was playing raw, eye-popping blues, or penning the evergreen radio hit Fooled Around And Fell In Love, or touring the world for decades delivering his original, good-time countrified blues, Bishop has always inspired his fans with his rowdy guitar playing and witty, slice-of-life songs. Rolling Stone calls Bishop “a legendary guitarist” whose playing is “impeccable and spirited…a distinguished American player.”

Late in 2015, Elvin Bishop formed The Big Fun Trio, with Bishop on guitar and vocals, and his friends Bob Welsh on piano and guitar and Willy Jordan on cajón (a hand-played Peruvian drumbox) and vocals.

In the last few years alone Elvin Bishop has been inducted into the Blues Hall of Fame, the Oklahoma Music Hall of Fame and the Rock & Roll Hall of Fame (this as a member of the Butterfield Blues Band). His hit song, Fooled Around & Fell In Love was also recently included on the Guardians of The Galaxy soundtrack, a #1 album. The song has also just been recorded by Country superstar Miranda Lambert and released in an all star video in September 2019, featuring Maren Morris, Elle King, Ashley McBryde, Tenille Townes and Caylee Hammack. Elvin is a 3 time Grammy nominee, most recently for his Big Fun Trio album, Something Smells Funky ‘Round Here, out now on Alligator Records. 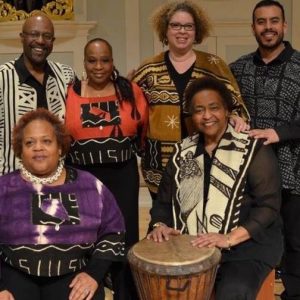 Linda Tillery is a GRAMMY-nominated vocalist, producer, percussionist, arranger and cultural historian. Since first appearing on stage at the tender age of 19, she is considered one of the Bay Area’s most soulful and dynamic singers. Frequently appearing at San Francisco’s Fillmore West, Linda and The Loading Zone shared bills with some of the biggest names in rock music; Cream, Iron Butterfly, Vanilla Fudge, Big Brother and the Holding Company, Santana, Boz Scaggs and Mother Earth.

In 1992, Tillery formed the 6 member Cultural Heritage Choir – a percussion driven, vocal ensemble with seven recordings to its credit.  She has presented master classes and residencies at numerous institutions and under the tutelage of Dr. Portia Maultsby, Jaqueline Butler Hairston and the late Dr. Horace Boyer, has become an authority on music of the African Diaspora.  Her primary mission is to help preserve and share the rich musical traditions of African American roots music.

The Sons of the Soul Revivers 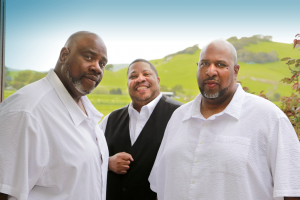 Vallejo-based gospel sensation, The Sons Of The Soul Revivers, is led by Walter Morgan Jr., and his two brothers Dwayne and James Morgan. Formed in the 1970s to continue the vocal quartet tradition that the brothers’ father, Walter Sr., and his brothers started with the original Soul Revivers in the 1960s, The Sons Of The Soul Revivers have over the decades performed with a “who’s who” of gospel music, including Shirley Caesar, The Mighty Clouds of Joy, The Rance Allen Group, The Pure Room Jubblies, The Soul Stirrers, and their all-time favorite group, The Fantastic Violinaires. The group initially came to national prominence with the release of their debut album, It Should Have Been Me.

Coming out of the Bay Area that’s produced megastars such as Carlos Santana, Johnny Mathis, The Pointer Sisters, and Sly and the Family Stone, Walter Morgan Jr. notes, “We’re thrilled to be just a small part of what’s made up the Bay Area music scene. It’s our goal to bring positivity to the world. We want to bring good news to people of all nationalities and make them happy through our music. Really, we’re just regular people who have normal jobs, but when we step up onto the stage, you better watch out and hold your hat. We always give God our best performance every night.” The group’s latest album, The Sons of The Soul Revivers Live! at Rancho Nicasio is out now on the Little Village Foundation, a non-profit cultural producer and record label.

About The Arhoolie Foundation

The Arhoolie Foundation is a 501c3 non-profit organization rooted in the life’s work of its founder Chris Strachwitz and his acclaimed independent label Arhoolie Records. Our mission is to document, preserve, and celebrate blues, Cajun, zydeco, gospel, jazz, Tejano/Norteño, old-time, and other tradition-based styles of music through archival preservation, live performance, community and educational outreach, exhibits, public programming, and direct support to artists.

The Arhoolie Awards are a central piece of our commitment to celebrating roots music. This annual award, now in its second year, honors musicians, organizations, and individuals who carry on and uplift roots and regional music styles. The Arhoolie Awards are neither applied for nor sought. Nominations are made by board members, friends, and experts in our field. Winners are chosen by the Arhoolie Foundation board of directors. Recipients receive $10,000 with no obligations: this award is simply meant to encourage, support, and shine a light on extraordinary people and organizations, and to help them continue doing what they do.

Is the benefit at the Chapel a seated show?

to elvin:
back in the mid nineties when i was with a partner i lost to the bottle( and no it didnt have similac in it, sadly) “fooled around and fell in love” was “our song” and everytime i hear it i near bust out in tears….
there are SO many old skool blues men(and women) who have taken the back seat to folks i would never label em blues musicians-and then there are us older fokes who are finally and wonderfully getting the notariety (i cant spell for crap and i almost got a masters…..go figger) deserved. i saw you yrs ago on the Boston waterfront and the energy that came forth was amazing and worth every dime-dont ask who else was on the bill but,,,the point is you were and it was a great show.
love to see (well, it wouldnt work real well considering most of em are no longer 6 ft above earth) a 50th anniversary show….lets see: i think buddy miles is still w.us, kooper? some of the butterfield blues band, the flag……i wanna say that was a show w/Dr John….or Etta…..i do know it sure didnt cost over a hundred bucks tho….
keep on keepin on-and bringin us that funk that you do. makes me smile-and these days it takes lots as the world is upside down and cuckoo.
ahh-if only i had saved all the cassettes i had….my 4000 + cds are taking over my apartment. the gub-mint doesnt give us disabled too much room-but it is safe warm and aint a cockaroach in sight.